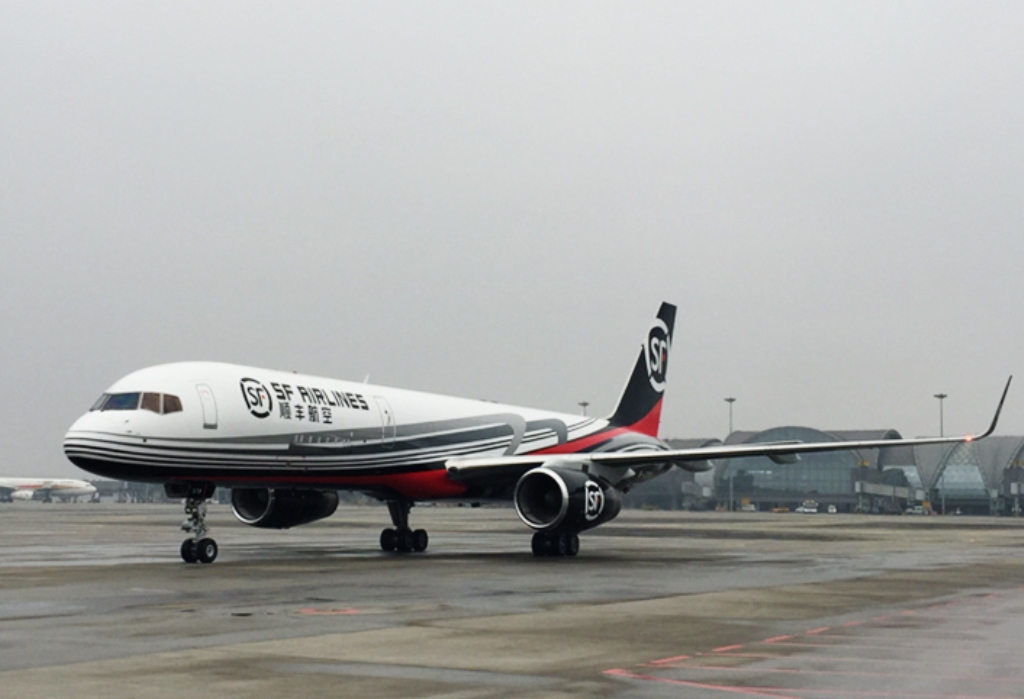 SF Airlines has continued to expand its fleet and add new services, while details have emerged of its plans to open its own airport.
Earlier this month, the express operator took delivery of its 42nd freighter – a Boeing 757-200 – at Chengdu Shuangliu International Airport.
The cargo carrier, a division of Chinese parcels giant SF Express, was launched in 2009 and has steadily grown its fleet, breaching the 40 aircraft mark last year.
Following the latest delivery, its fleet now consists of five B767s, 20 B757s and 17 B737s.
It has also purchased B747 aircraft through an online auction, although it will take a while before these aircraft are ready to fly because of the amount of time they were out of action.
SF Airlines has also announced a new route; Yinchuan – Hangzhou. The service will cater for agricultural produce in the Ningxia autonomous region, which faces the challenge of market access due to its remote location.
“From New Year’s Day to Spring Festival each year, the air transportation resources are insufficient for agricultural products, such as mutton in Ningxia, and the quality and consumer experience of the fresh products are also prone to be affected by the logistics transit time,” SF Airlines said.
“The Yinchuan – Hangzhou freight route is SF Airlines’ service solution developed based on SF’s mutton logistics service in Ningxia, which gives full play to its air logistics advantages and assists in another exploration of local agricultural economy and fresh product e-commerce industry development.”
This new route follows the launch of a service to Lhasa earlier this year.
Meanwhile, more details have emerged about SF Airlines’ plans to develop an airport at Ezhou.
Speaking at the Asia Air Cargo Summit in Bangkok, Chung Mak, aviation advisor to the president of SF Express, said that the airport would be tri-modal.
As well as the airport facilities, it will have a high-speed rail line capable of carrying cargo directly to/from the airport and there are also plans to build piers on the nearby Yangtze River to allow air/sea operations.
See the March edition of Air Cargo News to read more about SF Airlines’ plans for its airport hub.
Read more express operator news.