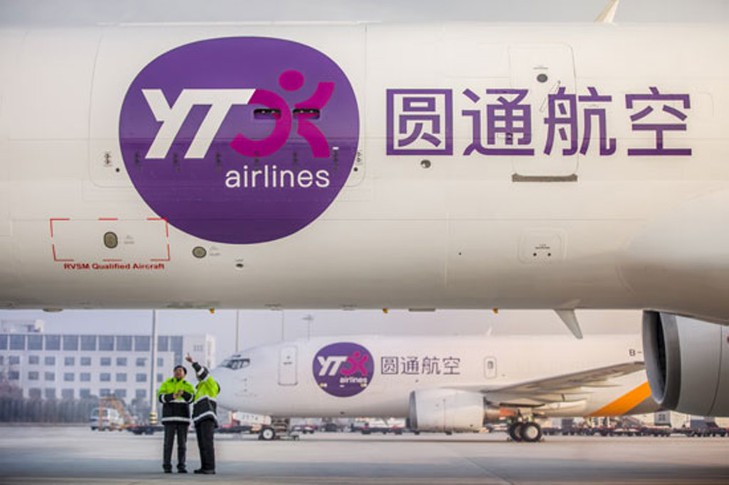 YTO Airlines has launched a new international freighter flight between Zhengzhou and Tokyo to cater for e-commerce demand.
The first flight of the weekly service, which will operate using a Boeing 757-200 freighter, landed at Xinzheng International Airport on September 11 from Tokyo Narita. It is the third international route launched by YTO.
The Chinese express firm said the first flight included cargo from a variety of sources, including big-name cross-border e-commerce shipments, high-value general cargo and international transhipment cargo.
“As the world’s second and third largest economic powers, China and Japan are important trading partners,” YTO said.
“In 2017, bilateral trade between China and Japan returned to the size of $300bn. Especially in terms of cross-border e-commerce, Japan ranks first among China’s cross-border e-commerce retail import sources.”

The route is expected to generate more than 14,000 tonnes of cargo each year.
YTO is investing in its air cargo operations. Last week it was announced that the express firm would be a 20% shareholder in new launch, China Northwest International Cargo Airlines.
At the end of July it was also confirmed that the company would develop an aviation logistics hub in Jiaxing in the Yangtze River Delta area.