A charter operation with a real porpoise 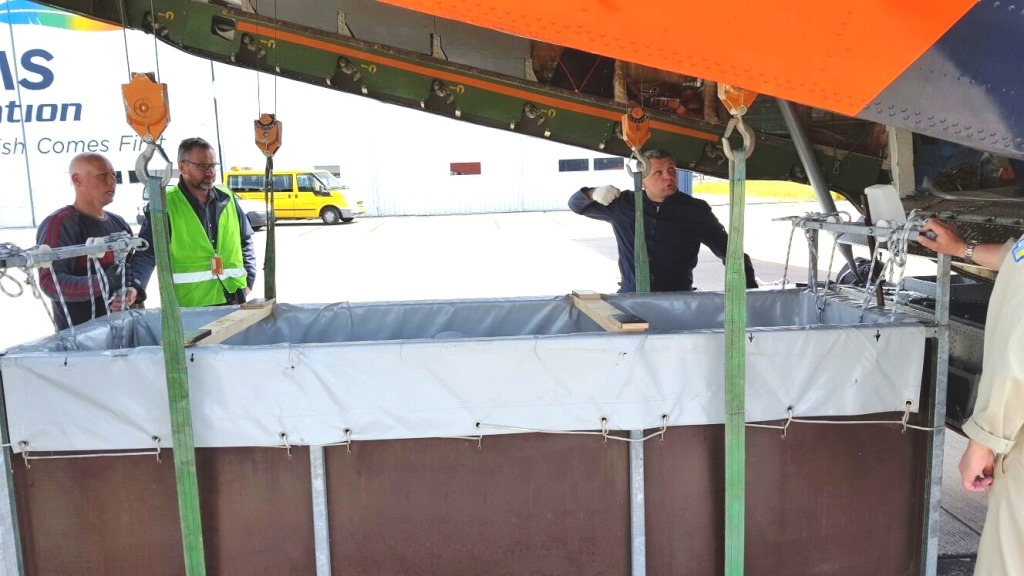 Air Charter Service (ACS) has arranged a charter to help rehome two dolphins from Harderwijk Dolphinarium, just outside Amsterdam, to their new home in the Canary Islands .

ACS said the animals were carefully transported on an AN-74 aircraft with qualified vets in attendance at Maastricht Airport and then on board during the flight.
The dolphins, Sting and Makai, were then flown to Las Palmas Airport and then transported to their new home at Palmitos Park, a botanical zoo on the island, with a large dolphinarium.

James Fitzgerald, a country director at ACS, said: “The total transit time was not to exceed twelve hours, so we positioned the aircraft early, before they set off from their previous home.
"Whilst on board we regulated the cabin pressure in order to avoid any potential sickness or distress to be caused by the altitude. Every precaution was taken and we hear they are now enjoying their new, sunnier, home.”
The June 13 issue of Air Cargo News will have an Animals by Air feature