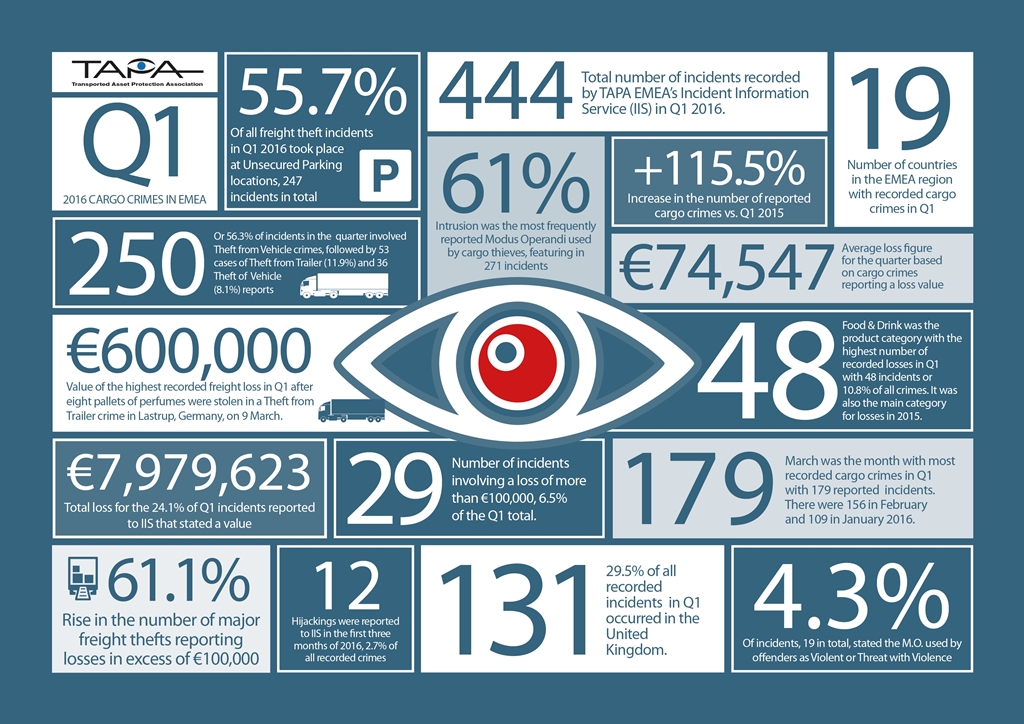 The Transported Asset Protection Association (TAPA) has called on law enforcement agencies to increase the amount of cargo crime data they share to help the logistics and transport industry reduce incidents of theft.
TAPA said if law enforcement agencies share extra crime data its members would be able to utilise this information to avoid known cargo crime hotspots and protect their facilities against known methods of attack.
Thorsten Neumann, chairman of TAPA Europe, Middle East and Africa (EMEA), said: “We already receive data from law enforcement agencies in the UK, Netherlands, Germany and Sweden and now we have a commitment from French police to also share data with our Incident Information Service (IIS).
“However, we need much more crime intelligence from across the EMEA region if industry is to help the police tackle this issue. Similarly, we are asking more insurers to help us gain a better understanding of the true level of cargo crime, which remains massively under-reported.”
Overall, 444 incidents were reported to TAPA’s IIS in the region in the first three months of 2016, a 115% increase year-on-year.
However, figures can be influenced by extra data being provided by agencies as the TAPA database continues to be built up.
The total loss for the 24.1% of incidents reporting a value was €7,979,623 and this produced an average loss of €74,547.
The highest single loss reported over the three months was the theft of eight pallets of perfume valued at €600,000 from a trailer in Lastrup, Lower Saxony, in Germany.
The majority of freight thefts took place when vehicles were stopped at motorway services, in lay-bys along main highways, or on industrial estates while drivers took their required rest breaks. 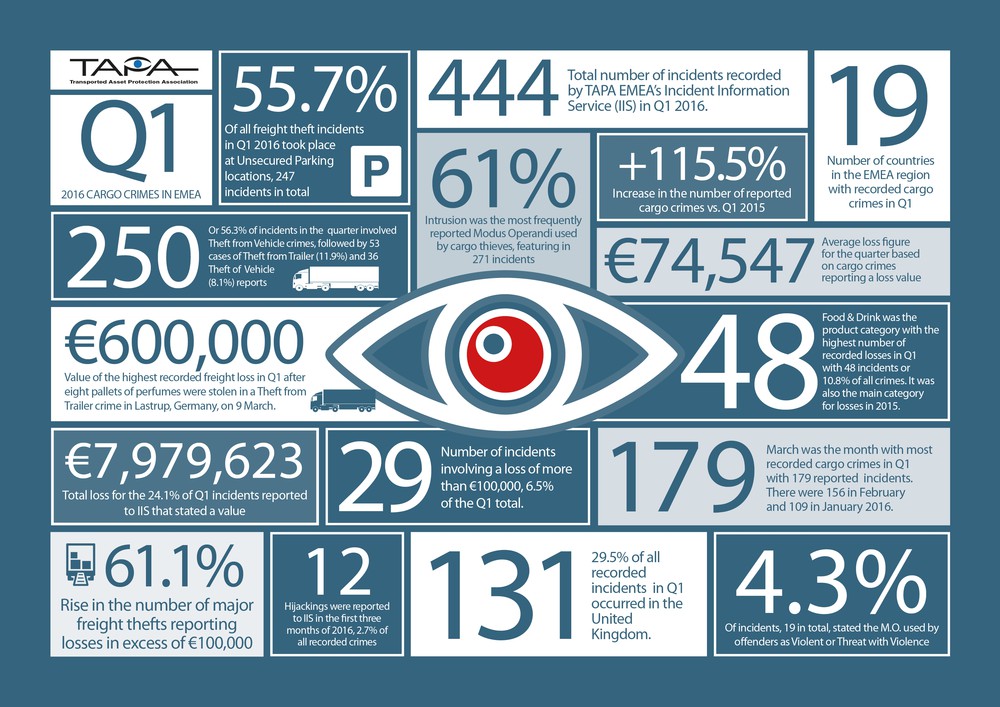