DHL Express hires 300 customs agents as it braces for Brexit 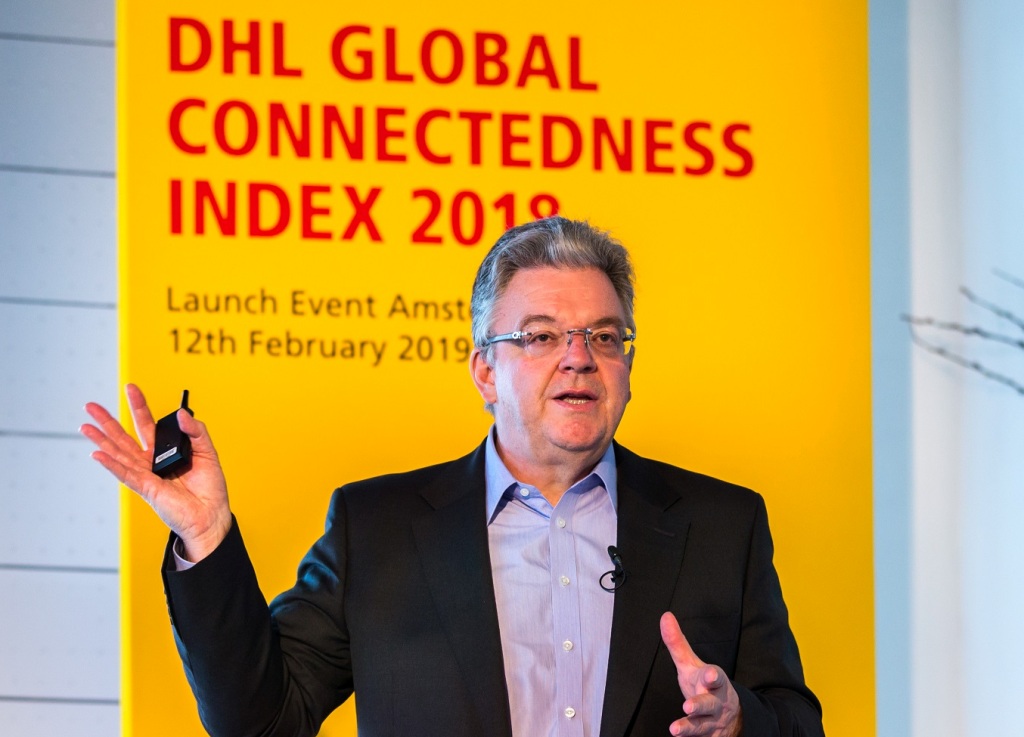 DHL Express has hired an extra 300 customs agents in order to minimise the impact of Brexit.
Speaking at the unveiling of its biennial Global Connectedness Index (GCI) report, DHL Express chief executive John Pearson said that the company had been hiring “50 customs agents a week” across Europe as it prepared for the UK to leave the European Union at the end of March.
The company said it had also secured the “necessary trucking permits” and “flying rights” in a package of measures designed to “minimise the impact of Brexit”.
“We are fairly well set up with our flying rights and our road permits and so on and we have been running contingencies on Brexit,” said Pearson.
“But I don’t think anyone knows what is going to happen with Brexit. We may be only six weeks away from one decision or if we take another of the [proposed] amendments, a year away, which would just be a delaying scenario.
“We are stepping up quite quickly to manage any sort of environment, and customs is the main concern because we are in a position where the movement of goods by road or the movement of goods by air is in such a state that we will be able to continue to service the needs of our customers.
“If you are moving things by road and air and are protected in doing so, the real complication comes from customs and movement of dutiable items through borders, and that is where we are equally well equipped.”
However, he added that if there are hold-ups on borders in the event of a no-deal Brexit, the impact of this will effect DHL shipments as much as any other company.
“All our operational people are getting themselves in a position where delays are minimised, but if the M20 becomes a car park because people did not prepare in terms of the customs environment, we can’t just drive our semi-trailer on the hard shoulder and get up to the front – but that is in a no-deal scenario.”
DHL has also been working to ensure that Brexit did not also affect other UK trades, Pearson said.
“What is equally important is that there is no contagion from Brexit,” he said. “A lot of our customers who have been thinking it through have said ‘I don’t ship to Europe, I ship from the UK to the US but I want to know that your operational processes in your hub, service centres and gateways, safeguard my material moving from the UK to the US in terms of any gridlock scenario’.”
There are concerns that the UK could be treated as a third-country subject to full controls on goods and people, which could create backlogs at channel crossings as extra paperwork would need to be processed.
Meanwhile, freight groups have urged road operators to apply for international road haulage permits to allow them to transport goods in case a deal cannot be reached.
The GCI report also revealed that the UK has the most global distribution of flows around the world.
Despite this, the country’s connectedness is still likely to be affected by a hard Brexit, said report co-author Steven Altman, senior research scholar at the NYU Stern School of Business
“Even though the UK ranks as the country with the broadest pattern of connectedness,” said Altman, “the UK’s most important natural market under any scenario is still Europe, just because of the distance effects. Therefore, any kind of hard Brexit scenario I have to view as very negative.”
A UK country profile from DHL based on the report added: "The future of the UK’s connections with other countries will be shaped by the continued evolution of its plans to exit the European Union.
"Because international flows are dampened significantly by distance and other cross-country differences, a substantial weakening of the UK’s links to the Continent could reduce both the depth and the breadth of its global connectedness."
Read more Brexit news
Click here for a free digital subscription