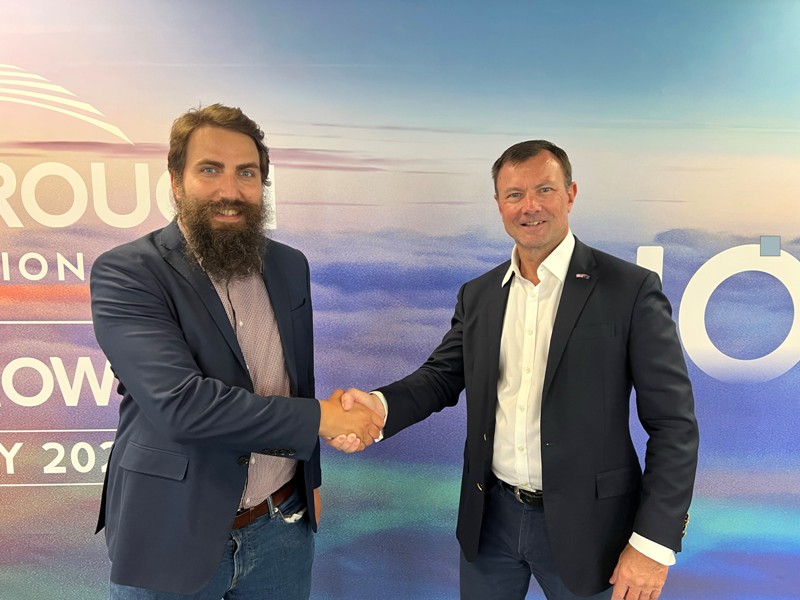 Cargo drone firm Dronamics has signed a deal with composite manufacturer Quickstep Holdings as it continues to prepare for the launch of operations.

The deal, which was signed yesterday at the Farnborough Airshow in the UK, is a key element in the production of Dronamic’s Black Swan middle-mile cargo drones, with the first units landing in 2023.

“The long-term plan targets the ramp-up of production of hundreds of Black Swan cargo drones annually in the next four years,” the two companies said.

The manufacturing will take place in Quickstep’s Australian facilities.

Konstantin Rangelov, co-founder and chief technology officer of Dronamics, said: “The first strategic manufacturing partnership is a key milestone in our mission to enable same-day delivery for everyone, everywhere.

“As an innovator who is challenging the status quo in cargo mobility, we are thrilled to have the support of an experienced partner like Quickstep to help us realise the full potential of our solution.”

The agreement comes shortly after Dronamics became the first cargo drone company to obtain a European drone airline license, and is gearing up to launch commercial operations in Europe before the end of this year, before entering Australia from 2023.