Airfreight rates fell 3% between May and June 2018, with Drewry’s East-West Airfreight Price Index dropping to $2.63 per kg.
However, said Drewry, the rate remains some 7% higher than June last year, adding: "The ramifications of the trade war between the US and China, as well as tariffs on the EU and Canada make it hard to predict the market.” 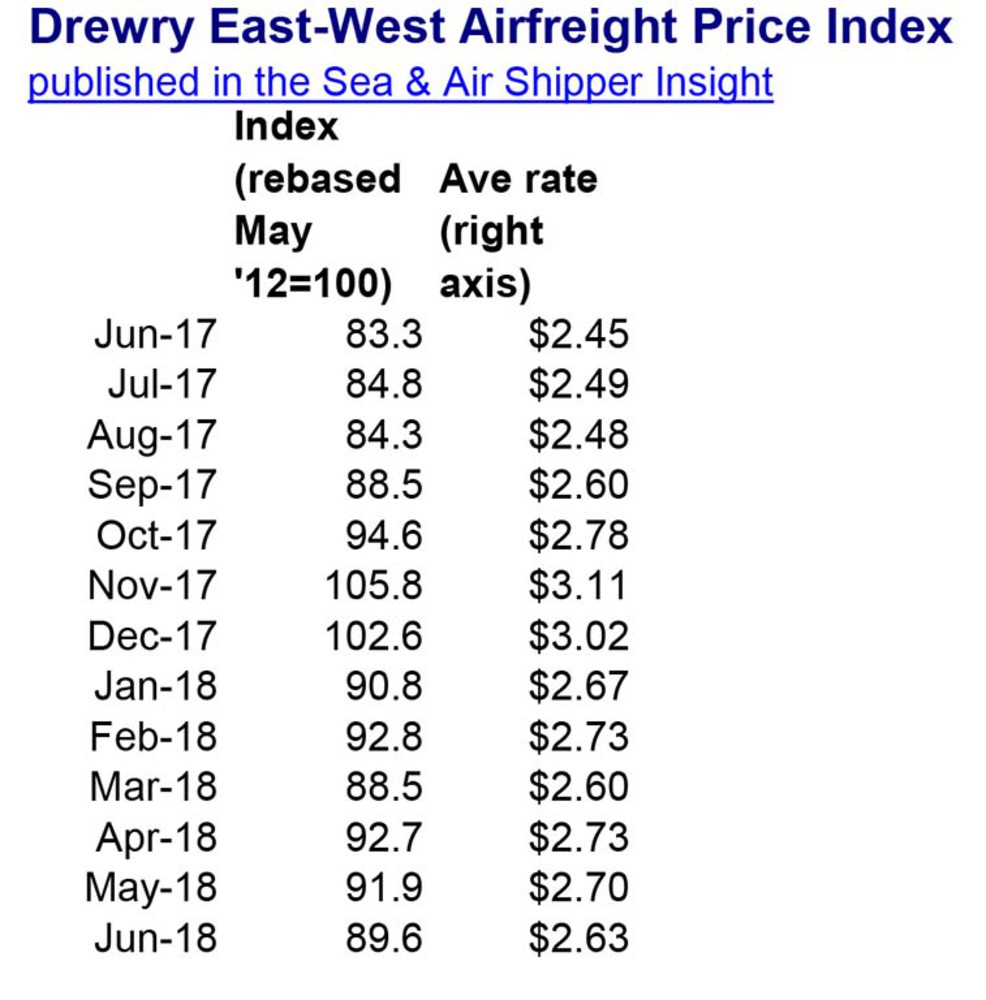 Notes: The index is a weighted average of all-in airfreight "buy rates" paid by forwarders to airlines for standard deferred airport-to-airport airfreight services on 28 major East-West routes for cargoes above 1,000 kg. Rates are expressed in $/kg and include three components: the base rate, the fuel surcharge and the security surcharge. They exclude door delivery costs.