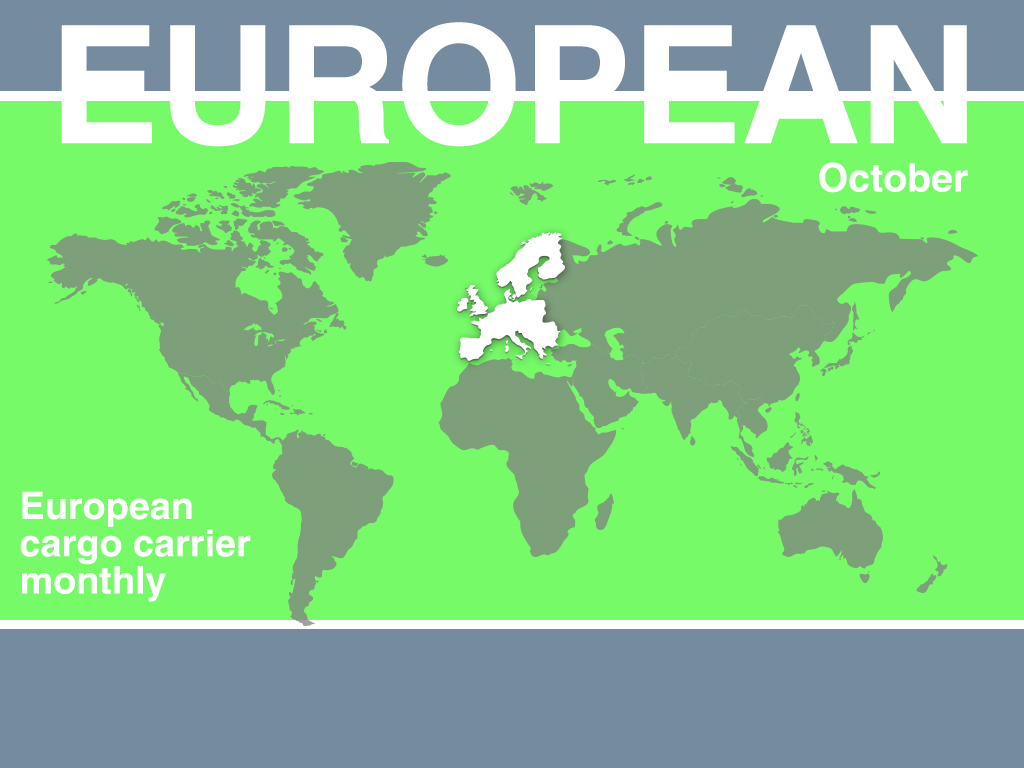 Air cargo growth at European carriers looks to have slowed in October, with IAG Cargo and Lufthansa seeing increases narrow during the month.
Any potential slowdown in demand growth should not come as too much of a surprise given that comparisons are affected by improvements in the market at the tail end of last year.
Figures from Lufthansa Cargo show that its air cargo traffic grew by 2.4% year on year in October to reach 973m revenue cargo tonne kms.
Click on chart for interactive version 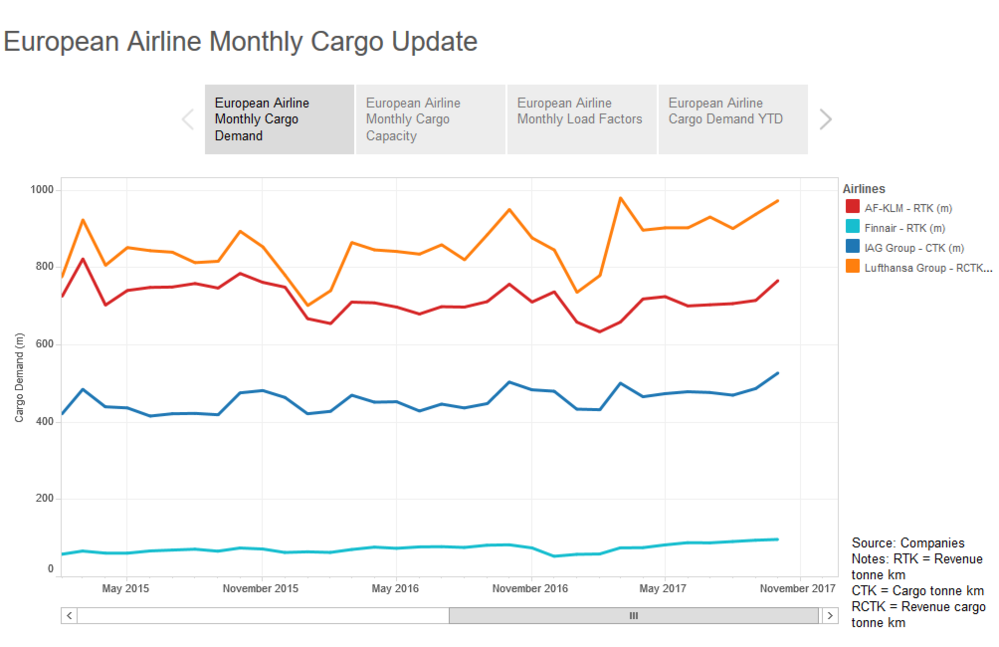 This is the carrier’s lowest year-on-year growth percentage since August last year and also lags behind its traffic increase over the first 10 months of 7.1%.
Despite the slowdown, the carrier did see its load factor improve slightly to 70.9% from 70% last year as capacity was up by just 1%.
It was a similar story at IAG Cargo, where October traffic improved by 4.8% compared with last year to reach 527m cargo tonne kms.
This growth percentage lags behind the year-to-date figure of 6.2% and is the lowest growth rate registered since May of this year.
At Air France KLM there was an increase in traffic of 1.2% year on year in October to 766m revenue tonne kms.
This figure also lagged behind the carrier group’s year-to-date rate of 1.3% but was up on September’s performance.
Traffic figures for the year at the airline are affected by a slimming down of the KLM freighter fleet – at the end of June last year, it operated four B747-400Fs and two MD-11s. At the end of the first quarter this year, that was reduced to four B747-400Fs.
Like Lufthansa, the Franco-Dutch carrier also managed to improve its load factor in October, which reached 62% against 61.7% last year.
Finnair managed to buck the trend of slowing growth in October as it registered a 16.1% year-on-year increase to 96.9m revenue tonne kms. This compares favourably to its year-to-date growth rate of 8.5%.
The increase comes as the carrier increased capacity by 18.1% as it covered passenger demand and has added newer aircraft with greater capacity.
“The strongest growth markets year-on-year were again Japan, Germany, Sweden, Hong Kong and the main Chinese destinations,” the airline said.
“Finnair’s total cargo capacity also included three weekly freighter flights between Helsinki and Brussels, operated by DHL as well as cargo space rented on Japan Airlines’ daily flights between Tokyo and Helsinki.”
As a result of capacity increasing faster than demand, the carrier’s load factor slipped to 67.3% from 68.4% last year.
View more air cargo data here

Airfreight rate declines out of Shanghai have shown signs of stabilising over the last week. The latest figures from TAC…

CLIVE: Airfreight industry is slowly getting back on its feet

In its latest air cargo analysis, IATA has revealed that the airfreight market improved in May, but “a full recovery…