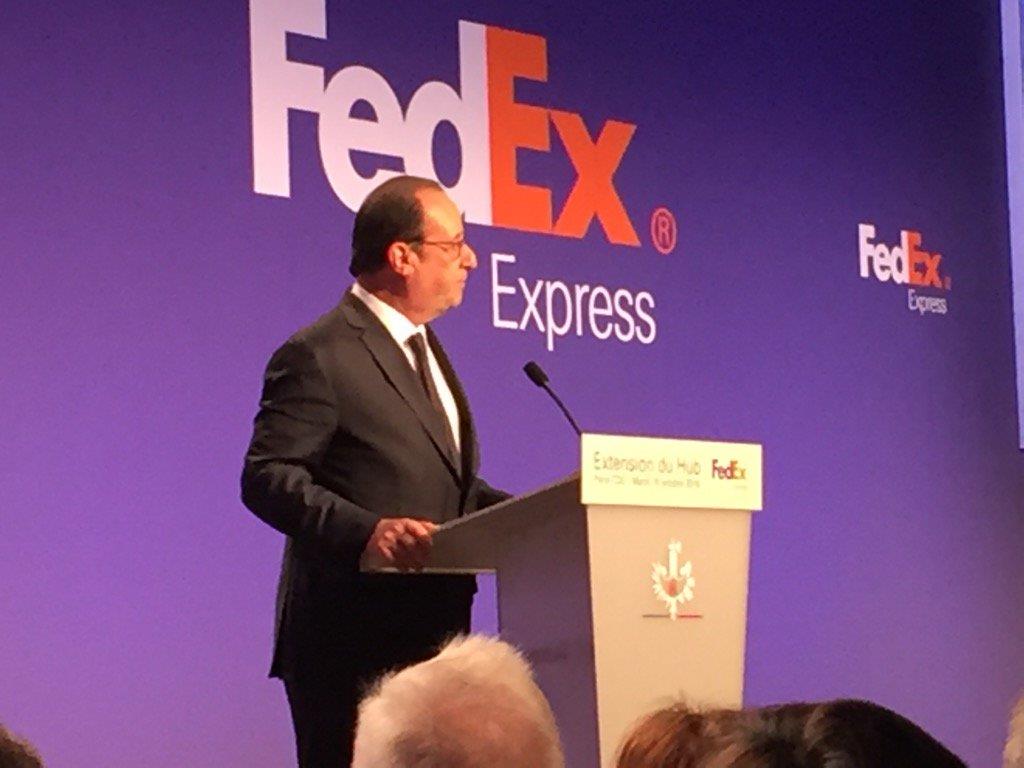 FedEx has revealed it will make a billion dollar commitment to its logistics hub at Paris Charles de Gaulle (CDG) airport, a move that will almost double the facility’s capacity.
At an announcement ceremony held this morning at the Paris airport the express operator said it would spend a total of €1.4bn, including an investment of €200m in a new facility and a 30-year lease, on the hub.
The investment will involve the creation of a new sorting facility that will open in 2019, with construction due to get underway in summer next year, and will create as many as 400 jobs.
FedEx said the new facility will be one of the world’s most advanced express logistics hubs and would boost package sorting capacity by more than 40%.
Upon completion, the CDG hub will include an automated sorting system for large, over-sized packages, which is a first for FedEx Express and an increasing market trend as e-commerce continues to grow.
The importance of the investment was underlined by the attendance of French president Francois Hollande at the event.
Express and e-commerce air cargo volumes have been growing rapidly over recent years, a trend that is expected to continue.
Aircraft lessor Atlas Air, which has said it will increasingly target the sectors over the coming years, expects e-commerce demand to grow by around 20% and express to improve by around 6% per year over the next two years.
FedEx is also in the process of increasing its focus on Europe after finally completing the acquisition of TNT Express earlier this year.
“This investment is part of the company’s network expansion strategy, creating more capacity and enabling more business connections in Europe and around the world,” said David Binks, president, FedEx Express Europe and chief executive TNT.
“This new expansion, coupled with the recent TNT acquisition, supports the evolving needs of our customers and the global marketplace while increasing our ability to support trends like cross-border e-commerce."
“At FedEx, we have the ability to pick up, transport and deliver an item from 95 percent of the people on the planet, and most every business in the world, within one to two business days,” added David Bronczek, president and chief executive, FedEx Express.
“This strategic expansion in Paris is an example of how we will continue to invest to move goods faster and more reliably across borders, which means our customers can decrease costs, improve their supply chain and identify new opportunities for growth and profitability."
FedEx Express has been active in France since 1985, with CDG becoming its main European hub in 1999 and the largest FedEx hub outside of the US.
In addition, the company’s hub in Cologne, Germany and the TNT hub in Liege, Belgium will be maintained as significant operations for the group moving forward.
TNT will soon open a ground hub just North of Paris in the Ile de France region along with three TNT ground depots.
FedEx has made significant investments in France over the past years, including opening 19 stations since 2011 and acquiring the French domestic carrier Tatex in 2012. FedEx now has a presence in 48 French cities.
Last week, DHL Express completed the expansion of its European express hub in Leipzig.