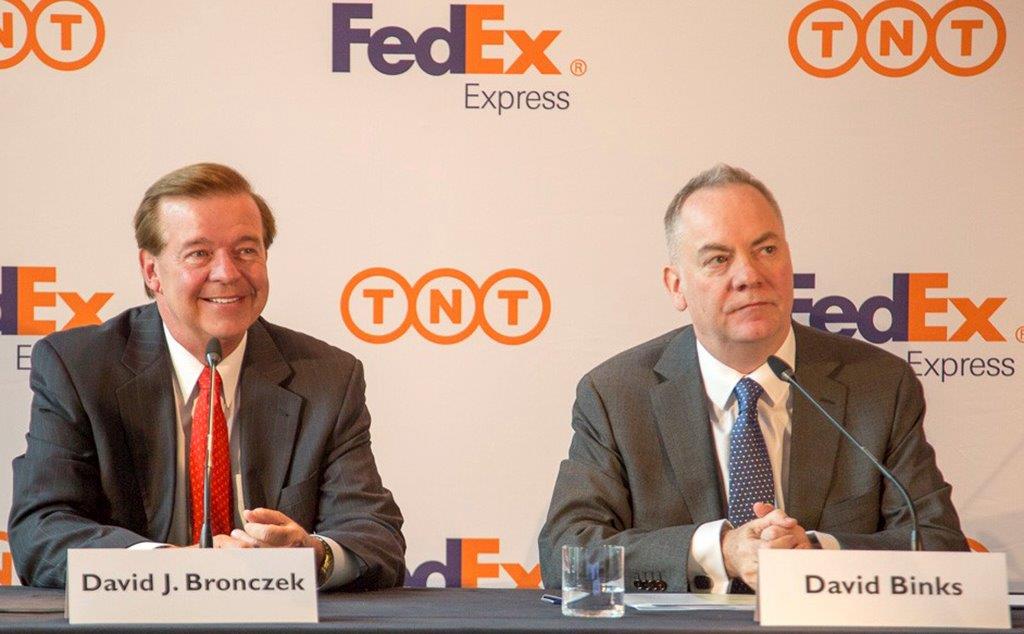 FedEx has completed its “historic” €4.4bn acquisition of TNT Express and announced it plans to keep all three of the main European hubs operational.
Speaking at a press conference this morning, FedEx Express president and chief executive David Bronczek described the completion of the deal as “truly remarkable” and said it would “deliver customers with more value than either company could have done on its own”.
“Together, these two companies will transform the worldwide express playing field," he said. "Together we have a complete portfolio of solutions combining the largest express international global business of FedEx with the unparalleled European road network of TNT.
“This provides customers with global access, broader services and extended portfolio solutions.” 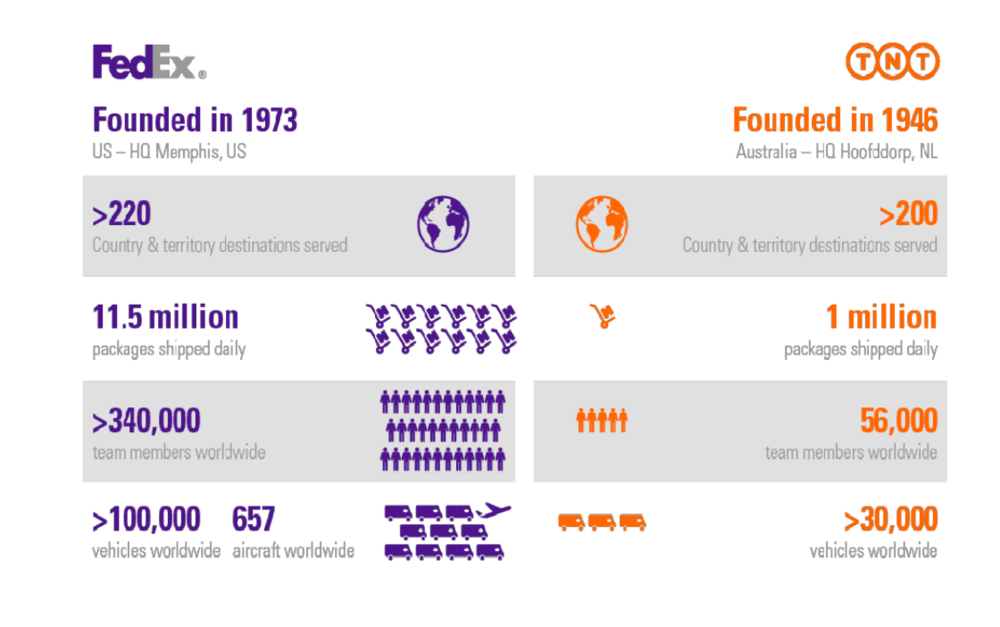 Bronczek said today that work would begin on the implementation of its integration plan but said it would continue to operate as it had in the past.
FedEx Express European president David Binks, who will also head up the TNT business as current incumbent Tex Gunning steps aside as part of the deal, said it was too early to reveal exact plans but he was able to provide some idea of what would happen to FedEx’s hubs at Paris Charles de Gaulle (CDG) and Cologne and TNT’s hubs in Liege.
“Based on potential growth, in a growing market place, the major FedEx hubs in Paris and Cologne TNT’s hub in Liege will all remain significant operations for the combined entity going forward.
“The detail of how of operations will work together will be determined through the integration planning process which really starts right now.”
CDG would be the main European hub because of the number of international flights FedEx operates to and  from the Paris airport.
Hoofddorp in the Netherlands will become the headquarters of the combined entity.
Bronczek added: “It may sound like we have too many hubs, but we have that many hubs all around the world. For instance we have a hub in Memphis, in Indianapolis, in Newark, Oakland, in Fort Worth and Greensborough
“So we see it as utilising more regional connectivity, better service and its better for the customer which means they give us more business.”
Binks added: “We will have three primary hubs in Europe, but that doesn’t mean we don’t have other important facilities, we just opened new facilities in Copenhagen, Milan and Stansted.
“So part of the integration planning will be to sit down and determine how we will use those different hubs and how we connect those different hubs.”
Binks explained that the company expected to win new customers as FedEx’s express operations were combined with TNT’s road network, which connects more than 40 countries, to provide faster and more reliable services to customers.
Binks said that the European express market was today worth around $60bn and would grow further on the back of the intra-European e-commerce sector’s growth, estimated at around 15% per annum.
It was expected that these factors would help the company “avoid significant reductions” in employee numbers.
“This is an acquisition that assumes we will grow the business in an expanding market and we see that this will create opportunities for employees,” he said.
With regards for e-commerce companies starting up their own transport network, as Amazon has done with its freighter fleet in the US, as a potential threat to growth projections, Bronczek said it was not unusual for retailers to set up logistics networks, as Walmart has already done.
He added that FedEx would continue to work with Amazon in the future.
With regards to the TNT brand, there were no plans to scrap the “iconic” name for now.
And asked about the sale of the TNT aircraft to ASL Aviation, Bronczek revealed that FedEx would keep a “few” of TNT’s Boeing 747 aircraft.
Looking at the cost of the integration, it was too early to reveal numbers but figures would be revealed in the quarterly results announcements.
Customers would also benefit from TNT’s presence in South America, the Middle East and Southeast Asia.