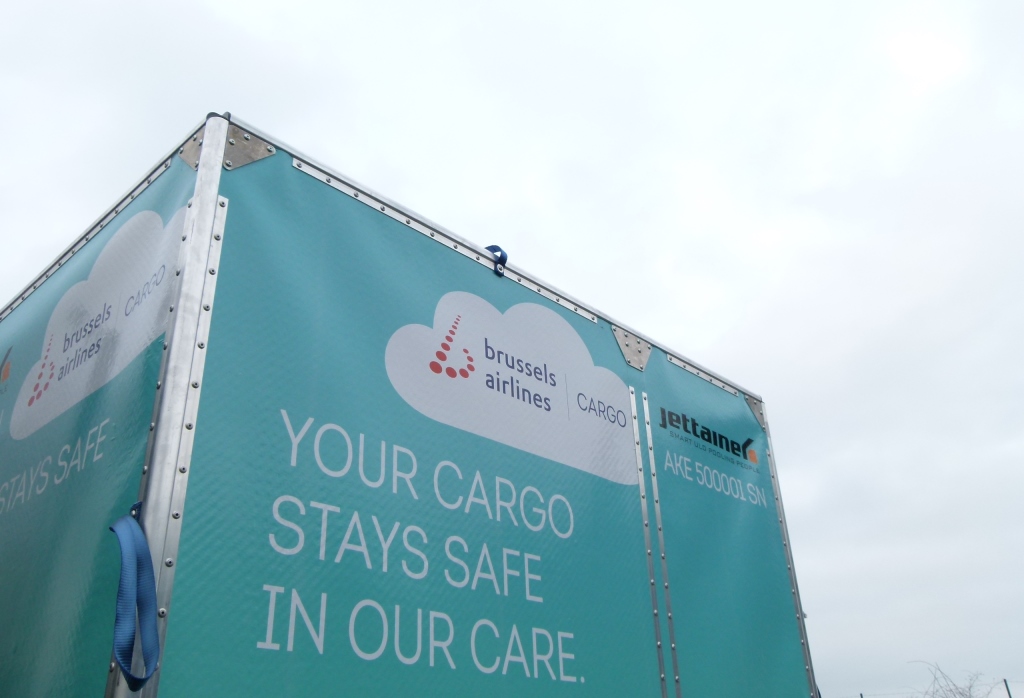 Jettainer, the Raunheim, Frankfurt-headquartered provider of outsourced unit load device (ULD) management services, has taken over responsibility for the management and maintenance of Brussels Airlines’ container fleet.
A specially designed ULD has been handed over to the airline to mark the start of the collaboration, with Lufthansa Cargo subsidiary Jettainer having formally adopted responsibility for the Belgian carrier’s air cargo container operations on 5 February.
As revealed by Air Cargo News in October, the intention since autumn last year has been for Jettainer to take over the airline’s ULD management in spring this year, so this week’s announcement comes as no surprise.
As a result of the deal, Jettainer is expecting to significantly expand its network of stations in the African region, a traditional priority market for Brussels Airlines.
Brussels Airlines now has a brand-new fleet consisting of about 1,000 ULDs, many of them modern, lightweight AKEs. According to Martin Kramer, head of marketing & PR for Jettainer, a “range of innovations” will also be provided to the carrier alongside the new ULDs.
For example, “In addition to the (ULD) units themselves, we’re also enhancing our company’s own IT systems,” he said. “The new JettApp reflects our continual development and our strong innovative capability.”
Jettainer currently manages approximately 90,000 containers for 24 airlines. It is active at more than 450 of the world’s airports.