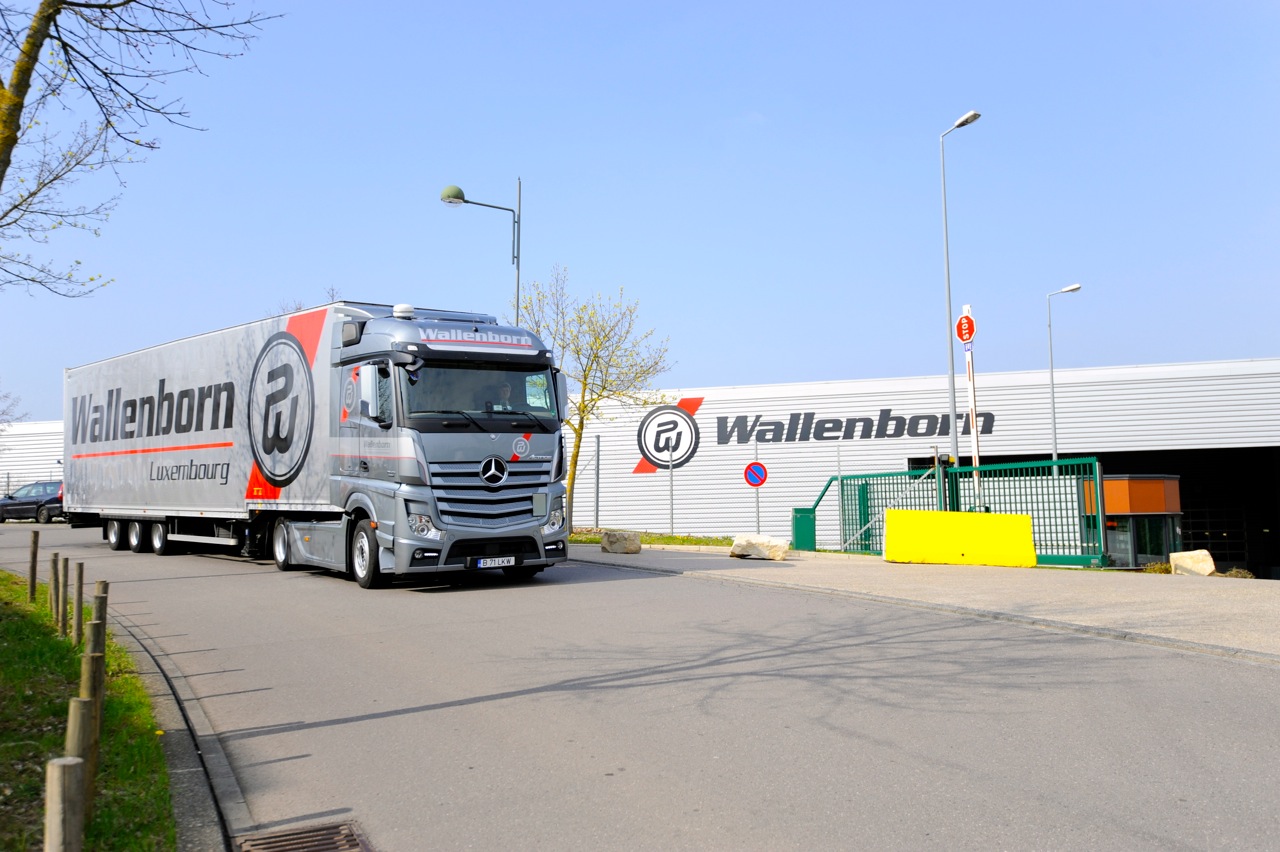 European Commission regulations on drivers’ pay and rest breaks are causing significant cost and network capacity problems for air cargo’s road feeder services (RFS) sector, say two major truck operators.
The regulations mean that drivers resting overnight in certain European Union (EU) countries have to stay in a hotel rather than sleep in their cab, the industry norm for decades. The other regulation requires drivers to be paid the minimum wage for each country where they pick up or drop off a load, although transit road haulage is not affected.
Luxembourg-headquartered Wallenborn and Jan de Rijk of the Netherlands do not oppose the principle of minimum wages and hotel accommodation, but the RFS providers say that the rules should be applied equally throughout the EU, not country by country, and that the wage regulations add complexity and burden at a time when Europe faces a driver shortage.
Wallenborn, one of largest RFS providers in Europe, has written to its customer base, outlining the main elements that transport companies and their clients need to be aware of as a result of the regulations.
The letter stated: “We have observed changes in the market, both in terms of supply and demand. We believe the root cause of these fluctuations stem from the changes made to Directive 96/71/EC of the European Parliament and the Council of December 16, 1996 which relates to the posting of workers.
“Amendments began entering into force on July 1, 2016, and since then multiple countries have enacted national laws strengthening this directive. These laws concern the minimum wage in the road transport sector.
“To date, Austria, Germany and France have adopted such laws and other countries will follow suit. Under these laws, the minimum wage applies to domestic transport and all international transport operations to and from the aforementioned countries.”
Wallenborn continues: “As a result of these regulations, we have noticed a continuously decreasing supply of companies willing and able to conduct domestic transport in Austria, Germany and France, as well as international transport to and from these countries.
“This has led to a spike in demand for such services on the hauliers that can provide transport services in compliance with these new laws. Wallenborn is one of this group of service providers.
“Of course, our objective is to continue to provide our customer optimal service. However, due to these new levels of demand, we too expect to experience some scheduling challenges.”
Wallenborn said that it is doing its best to continue to absorb the resulting additional costs, however “it may well be the case that these changes affect our rates in the near future”.
Sebastiaan Scholte, chief executive of Jan de Rijk, said: “There is no one coherent EU policy towards wages or even regulation on rest hours. We see that some countries, in order to protect their own domestic labour market, have imposed legislation where you pay the minimum wage when you operate to and from that country, for example in Germany.
“I understand why they are doing it, but the problem is that we have already a shortage of drivers anyway, so if you make it more difficult, the only thing that will happen is extra administrative burden.”
Jason Breakwell, manager, development & key accounts, at Wallenborn, said: "The EU is making an attempt to standardise because different countries are making their own interpretations.
“It is therefore very inconsistent at present, and when sending trucks across Europe you have to be extremely careful because there are different rules and regulations from country to country.”
The commission has now proposed that a driver be paid the minimum wage of his home country for the first three days and then reverts to the local country rate thereafter. In reality, many drivers from Eastern Europe are on the road for three or four weeks at a time, and may well drive through six or more countries.
Breakwell thinks it reasonable that if a lower wage east European driver work exclusively in France, then it is only fair that he is paid the French minimum wage, “but in international transport, I don’t think that it is reasonable,” in terms of the additional administration for operators.
Of the forthcoming proposals, Breakwell said: “It is going to be a game changer for European transport and I think it will have an impact on capacity and pricing as well.”
Scholte of Jan de Rijk agreed, arguing also that the minimum wage legislation targets just one industry, European trucking, while adding that it is “an intrusion into individual privacy”.
He added: “All these measures have only one objective and that is to try to discourage companies from using east European drivers and using only domestic drivers.
“But there is a tremendous shortage on the market for domestic drivers already so if the regulators succeed in their plans and we no longer can ever use east European drivers then Europe will be at a standstill because there is a shortage of labour.”