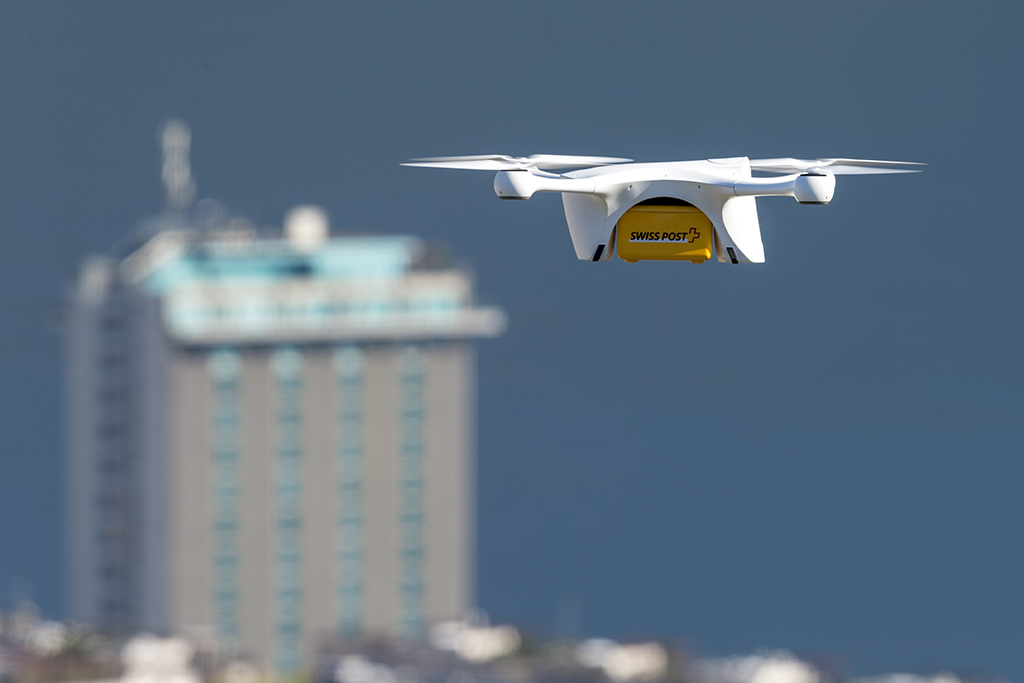 Swiss Post is to begin regular drone flights of laboratory samples between two hospitals in Lugano, Switzerland, from 2018.
Switzerland’s Federal Office for Civil Aviation (FOCA) has given the project the green light after assessing 70 autonomous test flights undertaken by Swiss Post, the Ticino EOC hospital group and US-based drone manufacturer Matternet.
Samples between the two hospitals  – the Ospedale Italiano and the Ospedale Civico – are currently transported by road, said Swiss-Post, adding: “The use of drones will make transport faster and more efficient in order to further enhance the provision of care to patients."
The partners will carry out further test flights until April 4, with additional flights planned over a one-month period in the summer of 2017.
Said Swiss-Post: “As soon as the drone meets all of the strict requirements regarding safety, practicality and reliability, the regular use of drones between the two hospitals will become an everyday occurrence.
“This is expected to be achieved by 2018. From then on, trained hospital staff will be able to load the drone independently with a safety box (in which the lab samples are packaged) and launch the drone with a smartphone application.
“The drone will then fly autonomously along the predefined route to its destination, where the box will be received by another member of staff.”
The Matternet quadrocopter drone has a 80 cm diameter (without rotor blades) and can transport light goods weighing up to 2 kg.
It has a maximum range of 20 km and flies at an average speed of 10 metres per second (36 km per hour).
Swiss-Post said: “For safety reasons, duplicates of both the autopilot and other important sensors (e.g. altimeter, accelerometer, gyrometer) are always installed.
“In the event of the failure of all electronics, a parachute would be released automatically. A landing pad that transmits an infrared signal is used at the take-off and landing points.
“During its approach, the drone can detect this signal to ensure a pinpoint landing."