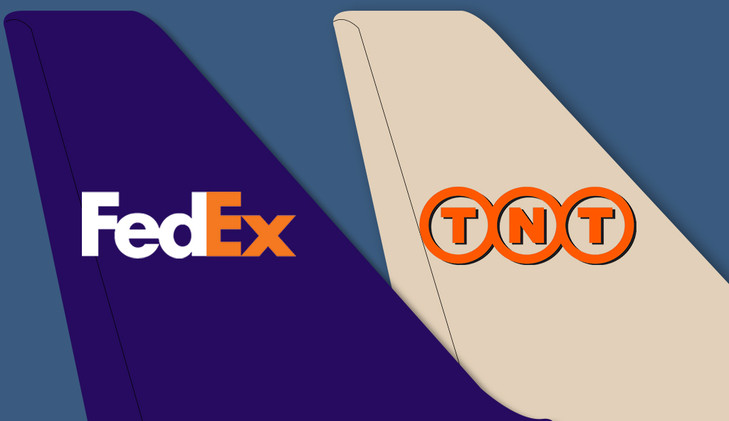 TNT Express has confirmed that it expects its acquisition by FedEx to be completed in the first half of next year as it reports a loss of €1m for the second quarter.
The Amsterdam-based express operator recorded a second-quarter 6.2% year-on-year improvement in revenues to €1.8bn.
Operating income jumped to €19m from €3m last year, but it recorded a net loss of €1m, up 75% on 2015.
It said results were positively affected by currency effects, which increased revenues by 4.1%, but lower fuel surcharges had negative impact of 1.3%.
Volumes increased on the back of a focus on small and medium enterprises, after years of decline in this area.
Demand in western Europe increased, but chief executive Tex Gunning said there was uncertainty in the region because the issues faced by Greece had caused imports and exports to and from the country to ground to a halt and this was having an effect elsewhere.
A slowdown in Chinese imports and exports would also have an effect on the region.
Elsewhere, volumes in Brazil and Australia were affected by economic volatility.
Its international Europe division recorded a 5.1% improvement in revenues, although this was negatively affected by the strong Euro, driven by improvements in SME volumes.
The international Americas, Middle East and Asia division recorded a 16.3% increase in revenues, despite a sharp decline in Chinese exports, as a result of stronger local currencies.
With currency and other effects stripped out of the result revenues would have been flat on last year.
The domestic segment recorded a 4% improvement in revenues, although with currency and other effects taken out of the equation, it would have recorded a small decline.
TNT also incurred costs of €17m during the period under its ‘outlook’ restructuring project.
Capital expenditure, in line with the outlook project, reached €96m during the period as it invested in new equipment and new sorting facilities in Madrid, Eindhoven, Swindon, Brisbane and Melbourne. It had also invested in updating its Liege facility.
It said the company had suffered with structural underinvestment for the last 10 years and the new equipment and facilities were needed improve productivity through increased automation or replacement of outdated hubs. It had also invested in its road and air network.
Management also provided a short update on the company’s potential acquisition by FedEx. It said the actual offer, as opposed to intended offer, was expected this quarter with closing in the first half of next year.
FedEx had submitted paperwork to Dutch and European competition authorities and TNT would hold a shareholder meeting to regarding the offer in the second half of this year.
Management said that while they “fully supported the offer” they were focused on implementing the outlook strategy as planned.
FedEx’s potential $4.8bn takeover of TNT is an all-cash offer by FedEx for all issued and outstanding ordinary shares, including shares represented by American Depositary Receipts of TNT Express for a cash offer price of €8.00 per share.
Under the planned deal, the relatively small TNT air fleet of 54 freighter aircraft would be sold to a third party, to assuage the competition authorities in the European Union and elsewhere