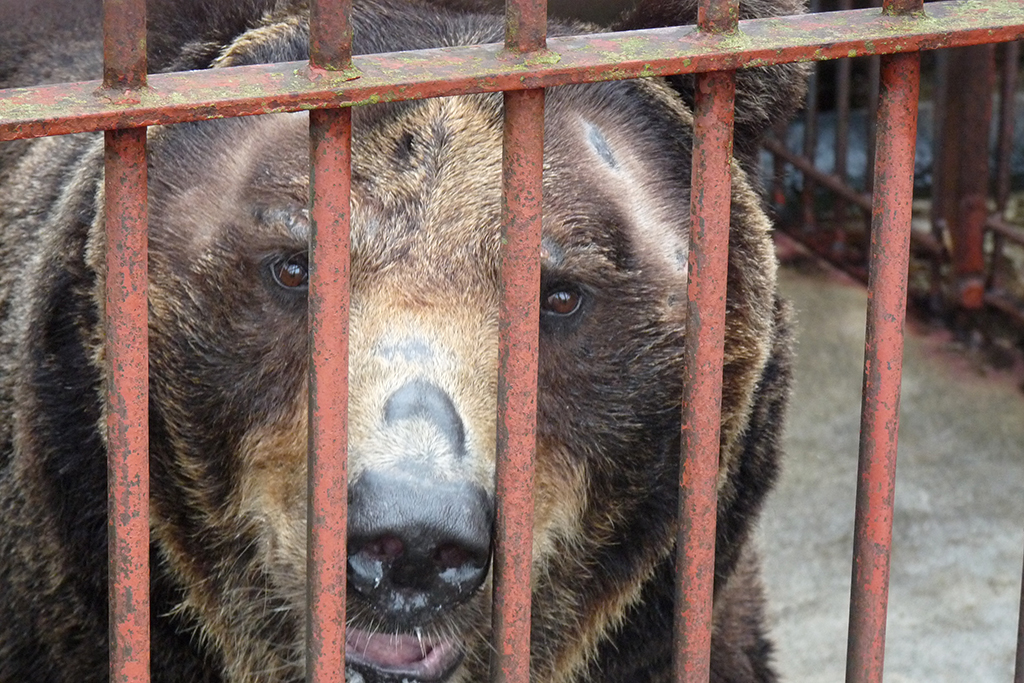 Four of Japan’s Ussuri brown bears – Riku, Kai, Hanako and Amu – have safely migrated to their new sanctuary in the UK’s Yorkshire Wildlife Park, transported during a 9,000 km journey by DHL Global Forwarding.
Relocating from the Japanese island of Hokkaido, the bears’ voyage saw them travel via special temperature-controlled trucks chilled to 10°C for the journey to the New Chitose Airport in Hokkaido.
From the Hokkaido airport, they were flown to Haneda Airport in Tokyo, Japan, where they boarded a connecting flight to Heathrow Airport. A veterinarian and an animal handler travelled alongside the precious cargo.
“The transport of live animals requires extensive planning and collaboration between various parties,” said Paul Chinery, vice president Aairfreight UK, DHL Global Forwarding.
Chinery added: “We at DHL Global Forwarding are proud to have the chance to support the important work of institutions like Yorkshire Wildlife Park with our wide range of competencies, from rapid multimodal freight to customs clearance of sensitive cargo. Thanks to our extensive expertise of planning and executing challenging transports we could ensure a smooth transition of the four bears to their new sanctuary.”
Each Ussuri brown bear can weigh up to 550 kg and requires temperatures to be maintained as closely as possible to their native climate in northern Japan and Korea. As such, purpose-built crates that could fit into the aircraft were produced for each of the bears to ensure they were comfortable throughout the trip.
DHL Global Forwarding worked closely with the park to plan and orchestrate the complex voyage, optimising and customising transport routes and modes respectively. The company also provided expedited customs clearance for the bears’ arrival in London while Park staff managed the final leg of the journey from the airport to their new home.
“Spacious, temperature-controlled environments were a necessity for the bears’ welfare along the voyage,” said John Minion, chief executive of Yorkshire Wildlife Park, adding: “DHL took utmost care to ensure the animals arrived with as little stress and risk to their health as possible – no mean feat for such a lengthy and complex journey.
"The bears will be the first residents in a new Rehabilitation Centre at the Park – a 2.5-acre specialist reserve which has been designed for short to mid-term housing of carnivores who have been re-homed – before moving into their permanent home at the Park. We are excited to prepare the bears for their new home where they will receive the lifelong care they need.”
The bears, ranging from 17 to 27 years old, will spend the rest of their lives in the care of expert handlers at Yorkshire Wildlife Park, a world leader in endangered species welfare which also hosts one of the largest polar bear conservation projects in the world.
The park and its Foundation support conservation and welfare projects all around the world – from the critically endangered Amur leopard in Russia, the black rhino in East Africa to the lemurs of Madagascar.
The endangered Ussuri brown bear, also known as the black grizzly bear, is found in many regions in the world but they are extinct across parts of Asia. Reported to be 10,000 left in Japan, the bears are on the IUCN Red List of Threatened Species due to their vulnerability to habitat loss, illegal hunting and capture, and being poached for body parts and skins. 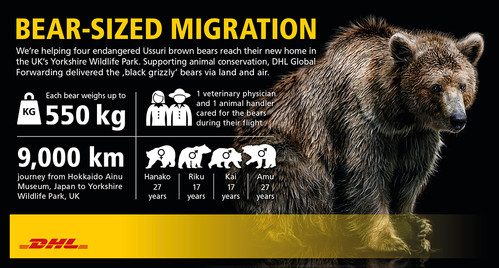