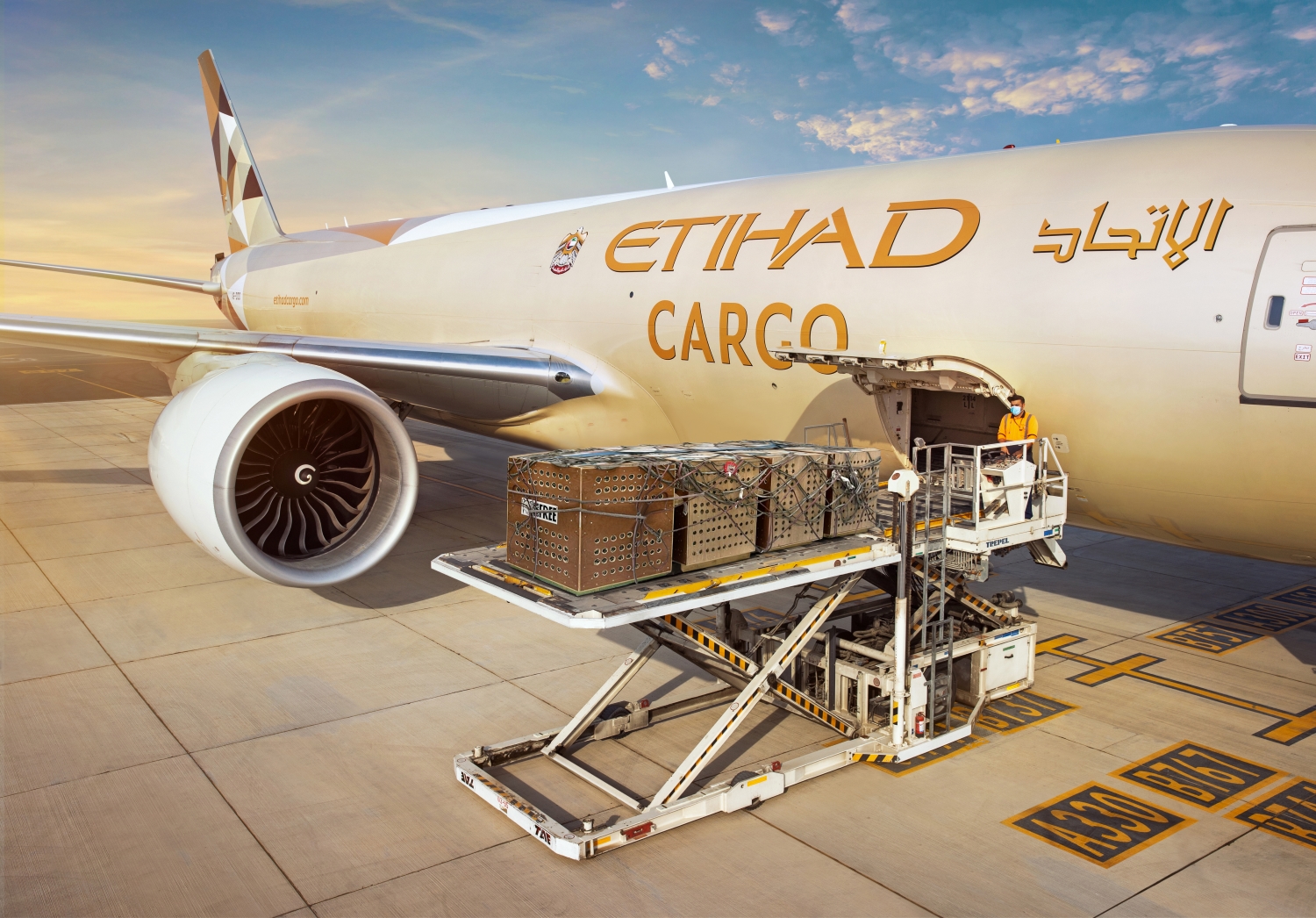 The wild cats, native to Africa, were kept illegally as pets in Belgium before they were rescued and relocated to big cat sanctuary Panthera Africa.

Etihad Cargo, which last month launched a “Forever Home” policy to support not-for-profit transportation of animals at risk, provided the flights for the servals.

The Born Free Foundation, Natuurhulpcentrum and Panthera Africa assisted with the operation, which saw the servals made the journey from Brussels to Cape Town in their crates, in climate-controlled conditions.

After veterinarian Peter Caldwell from Old Chapel Veterinary Clinic checked the servals at Johannesburg Airport, they were cleared and made the final leg of their journey to Panthera Africa where they arrived safely and have been released into their new forever homes.

The Belgian authorities granted custody of the servals to Natuurhulpcentrum, a wildlife rescue in Belgium, where a dedicated team took care of them until they were relocated to their new home.

As the centre is only a temporary centre for animals, it searched for a lifetime sanctuary home, until Born Free Foundation offered to relocate the servals into the Born Free rescue section at Panthera Africa.

Mariam Al Qubaisi, head of sustainability and business excellence, Etihad Airways, said: “Biodiversity protection and conservation is one of our core focus areas alongside decarbonisation and waste management.”

Martin Drew, senior vice president sales and cargo at Etihad Aviation Group, said: “Etihad Cargo is pleased that the movement of the servals will be the first booking to be made using the Forever Home policy. The safety and wellbeing of animals transported on Etihad Cargo is vital and is guaranteed using the IATA CEIV accredited LiveAnimals product.”