Intradco and Chapman stick their necks out for animal transport 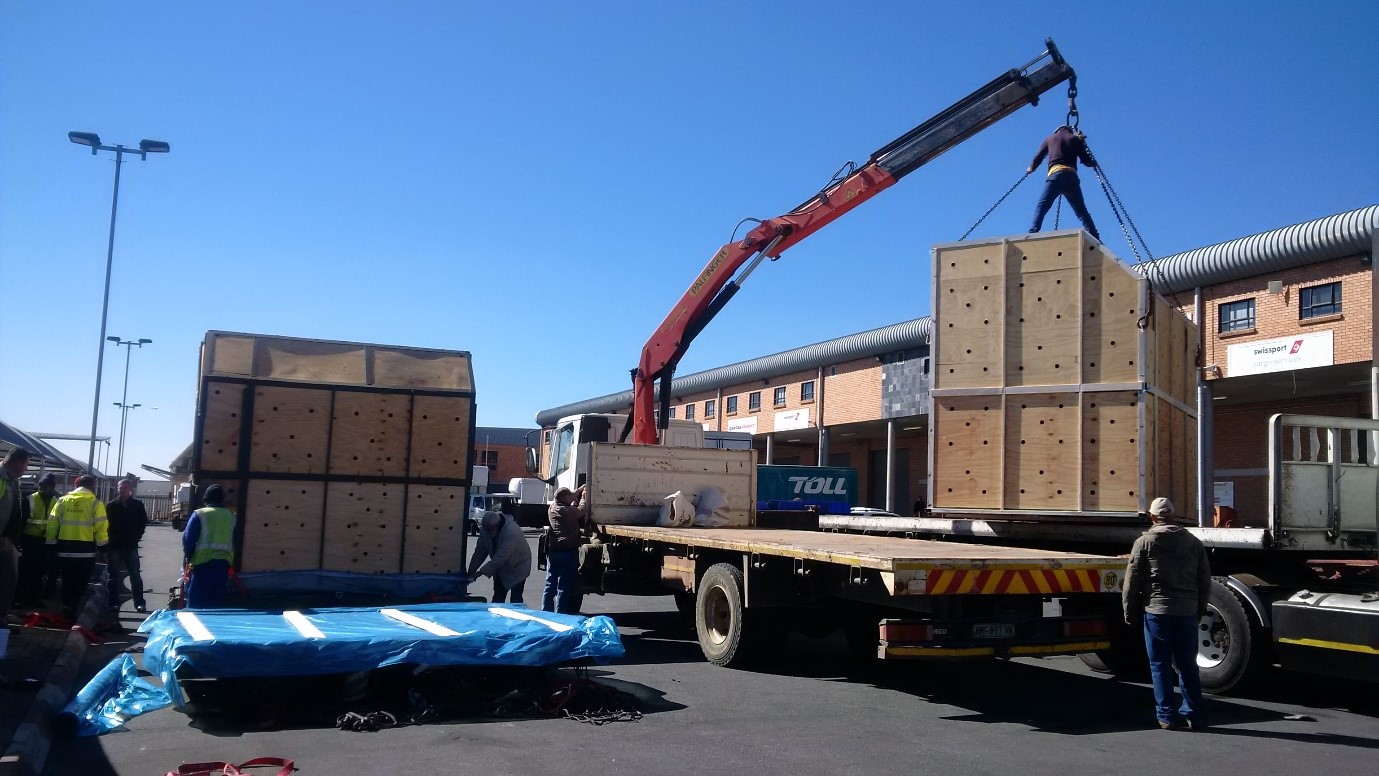 The giraffes were flown from OR Tambo International Airport (JNB) to Río de Janeiro Galeão Airport (GIG) whist still young to ensure they had the legally required head clearance in the 2.95 m high crates, which were made of metal and plywood to make them both sturdy and leak-proof.

“Intradco Global and Chapman Freeborn ensured the giraffes’ speedy loading to reduce the time spent on the ground at the airport,” the companies said. “Two attendants travelled with them during their 10-hour direct flight, one of whom was a breeder who has known the giraffes their whole lives, continually monitoring their wellbeing and providing them with fresh food and water as required.”

After arriving in Rio de Janeiro, cranes were used to offload the six crates, each containing three giraffes, from the 747F aircraft.

The animals then entered a mandatory 30-day quarantine, which they will finish on December 11 to then be transported to their new home.