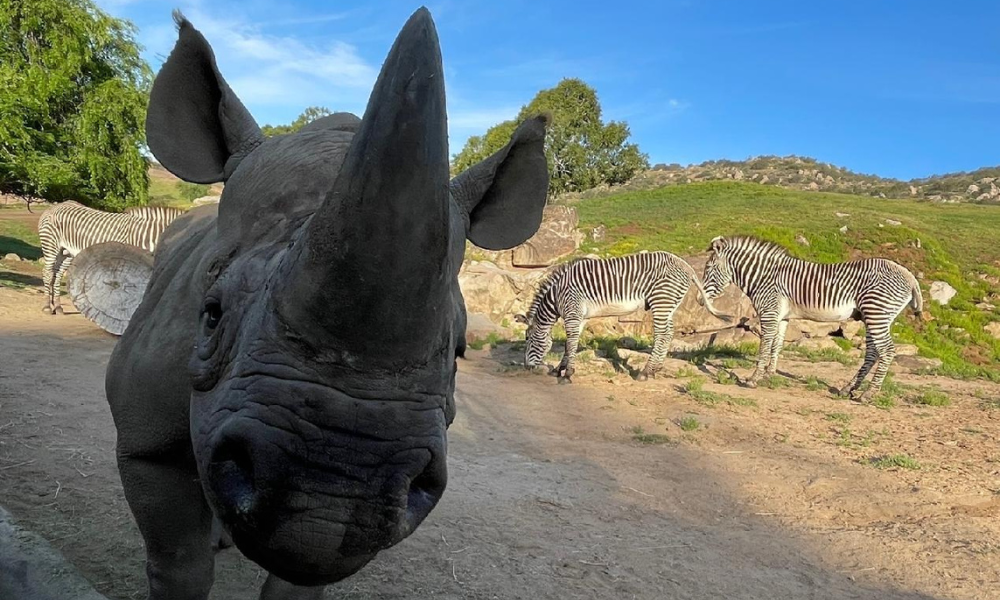 The Honolulu, Hawaii-based airline helped to deliver a critically endangered male rhinoceros to the Honolulu Zoo from Los Angeles for a breeding initiative on November 15.

Kendi, an eastern black rhinoceros, was born in Cincinnati on July 17 2017, and had been living at the San Diego Zoo Safari Park until the transport.

He will be joining his mate, Aria, who was sent to the zoo in late September.

At five years old, Kendi weighs approximately 2,205 pounds. Both Kendi’s and Aria’s transfers to the Honolulu Zoo are part of the American Association of Zoos and Aquariums (AZA) Species Survival Program (SSP).

The Honolulu Zoo is optimistic that the pair will successfully produce offspring while in their care.

Kendi and Aria will be housed in the newly renovated rhino exhibit in the African Savanna at the Honolulu Zoo.

The eastern black rhino stands up to five ft high at the shoulder and approximately 12 ft in length. They weigh up to 3,000 pounds.

The eastern black rhino lives up to 35 years in the wild and up to 50 years in human care.

The International Union for Conservation of Nature Red List has the eastern black rhinoceros listed as critically endangered due to poaching.

Its population suffered a severe decline of more than 90%, resulting in less than 800 animals remaining in 2010, and due to staunch conservation efforts, has now increased to a population of approximately 5,500 animals.

“We are very grateful for Pacific Air Cargo’s generous contributions and commitment to animal conservation, and team of staff who assisted with Kendi’s transport, making this the fifth complementary transport (two giraffes, a hippo and two rhinos) since 2020,” said Honolulu Zoo director Linda Santos.