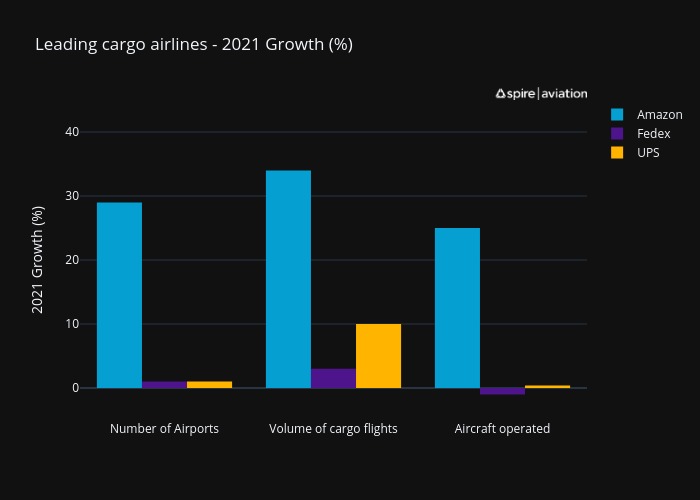 Its fleet, meanwhile, grew by 25% in terms of aircraft operated and the volume of cargo flights was up 34%.

This is in contrast to lower growth in percentage terms at UPS and FedEx, although their fleets and networks are much larger therefore making any aircraft or destination additions less significant from a percentage perspective.

UPS registered a 1% increase in destinations, its fleet increased by 0.4% and the volume of flights flown were up 10%.

FedEx increased its number of destinations by 1%, its fleet shrank by 1% and the volume of cargo flights was up by 3%.

The data includes the carriers’ own fleet and also counts aircraft that may be wet leased or being operated (charter contract) for the company. 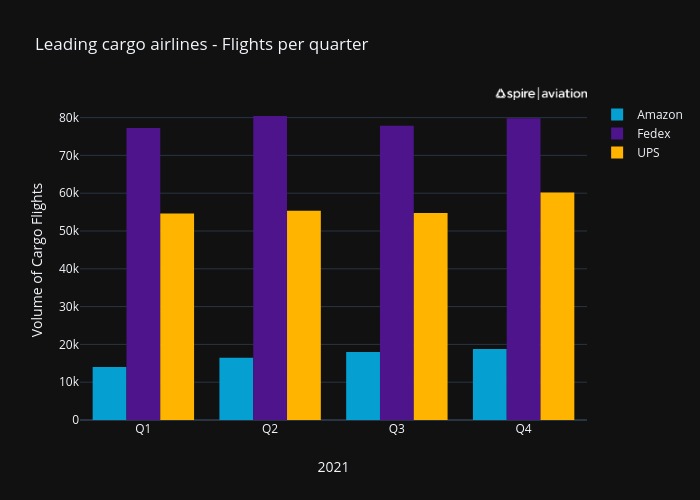 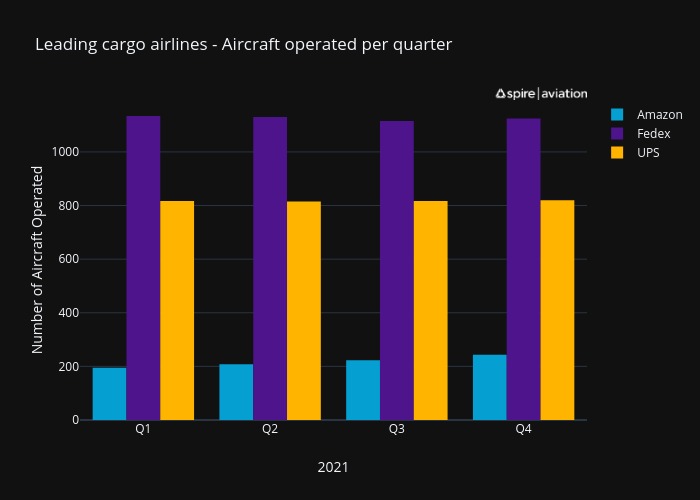