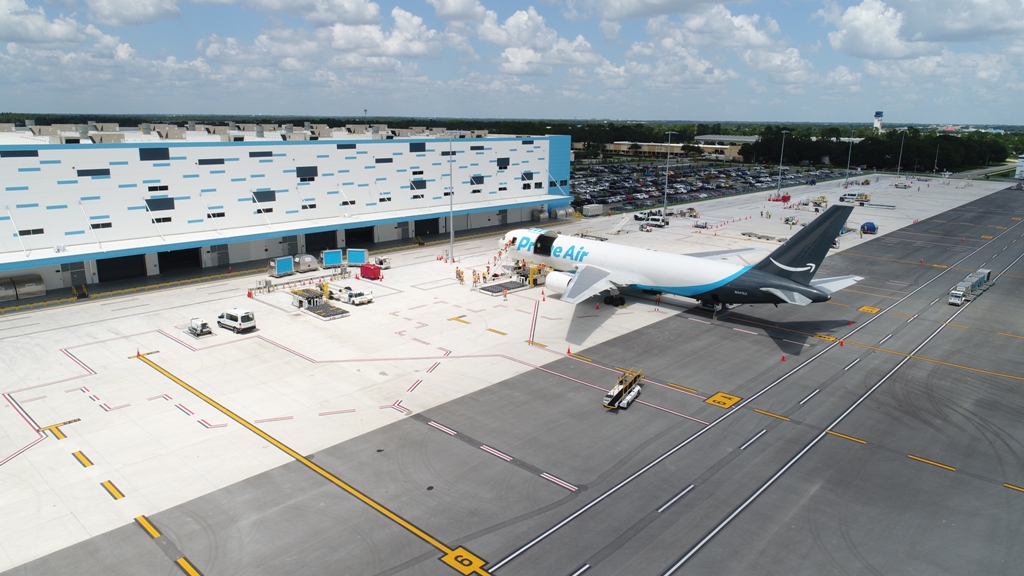 An Amazon Air flight, which departed from Sacramento International Airport, is scheduled to arrive at the LAL regional air hub later today.

The carrier said the flight marks the first of daily services to and from the facility.

Sarah Rhoads, vice president of Amazon Global Air, commented: “We are excited to launch our Amazon Air operations at LAL so we can continue to deliver the fast, free shipping our customers in Florida and across the country depend on during this time.”

Governor Ron DeSantis, said: “I’m pleased to welcome Amazon Air as they begin operations at their new facility at Lakeland Linder International Airport. This new location represents Amazon Air’s largest facility in the Southeast and will drive increased investment and commerce in the region and create hundreds of jobs.

“We look forward to collaborating with innovative companies such as Amazon to provide continued opportunities for growth and prosperity in our state.”

City of Lakeland mayor Bill Mutz added: “We anticipate this community partnership will benefit central Florida with enhanced technology and growing commerce. The City Commission and I are grateful for the exemplary work performed by our airport team, numerous city departments, and our partners at the FAA and Florida Department of Transportation for making this project a reality.”

In May this year, Amazon Air announced plans to open a regional air hub at San Bernardino International Airport (SBD).

The 660,000 sq ft facility is being built through a partnership with the airport and developer Hillwood Enterprises.

The e-commerce giant has also announced a series of cargo hub developments over the last few years as it looks to support its rapidly growing air cargo network.

When delivered, the 12 leased aircraft will join Amazon’s existing fleet of 70 aircraft, bring its total number to 82 aircraft.

Amazon said that one of the new aircraft started operations in late May and the remaining 11 will be delivered in 2021.

All 12 of the aircraft will be leased to Amazon for 10 years, with options for Amazon to extend the leases for three additional years.