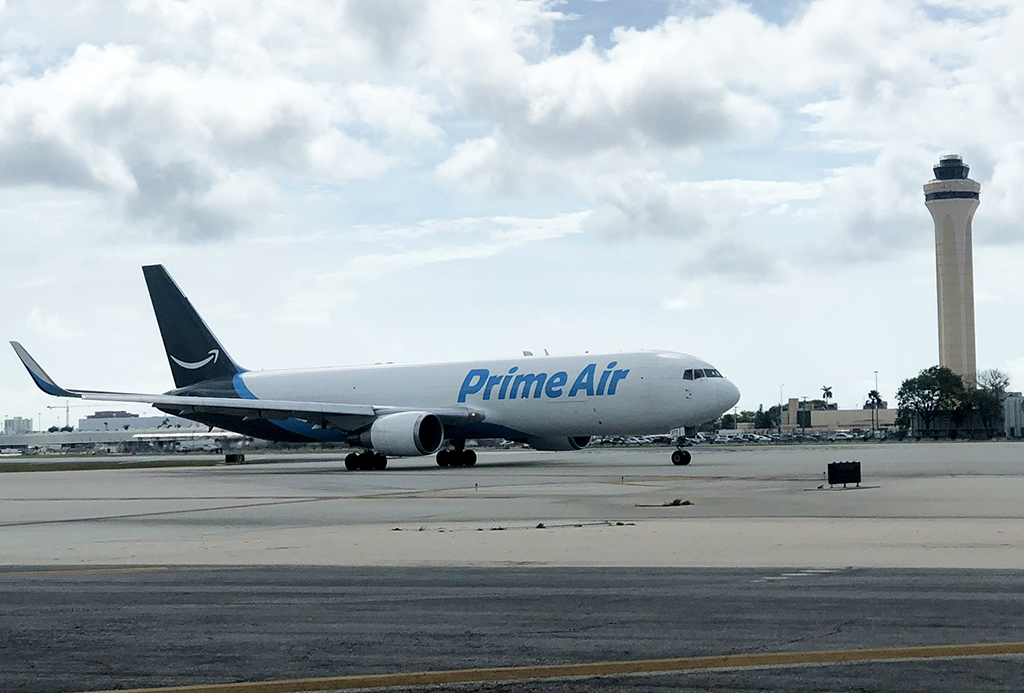 Amazon Air has announced the expansion of its freighter fleet as it continues to meet customer requirements for the quick delivery of packages.

When delivered, the 12 leased aircraft will join Amazon’s existing fleet of 70 aircraft, bring its total number to 82 aircraft.

Amazon said that one of the new aircraft started operations last month (May 29) and the remaining 11 will be delivered in 2021.

All 12 of the aircraft will be leased to Amazon for 10 years, with options for Amazon to extend the leases for three additional years.

Rich Corrado, President and chief executive of ATSG, explained: “We are proud to continue to evolve our partnership with Amazon to support the fast, free delivery for which they are famous.”

“Our combined experience in the industry and access to a fleet of 767 cargo aircraft make us an ideal partner to support the growth of Amazon Air’s fleet.”

In December 2018, Amazon committed to lease those six plus an additional four 767s from CAM by the end of 2020.

Amazon said it has has invested hundreds of millions of dollars since 2016, thereby creating thousands of new jobs at its Amazon Air locations in the US.

Amazon highlighted that its fleet and ground expansions have “come at a time when people in communities across the country continue to adjust to this unprecedented time, with many relying on having the items they need delivered directly to their doorstep”.

The company also said that its airline, Amazon Air, has played a central role during the Covid-19 pandemic by transporting essential medical supplies for Amazon associates, frontline health workers and relief organisations across the US in addition to maintaining capacity for its regular cargo operations.

Sarah Rhoads, vice president of Amazon Global Air, commented: “Amazon Air is critical to ensuring fast delivery for our customers – both in the current environment we are facing, and beyond.”

“During a time when so many of our customers rely on us to get what they need without leaving their homes, expanding our dedicated air network ensures we have the capacity to deliver what our customers want: great selection, low prices and fast shipping speeds.”

A recent report suggests that Amazon Air’s freighter fleet could hit 200 aircraft in 2028 as it opens its Cincinnati hub and expands international flights.

The report from Joseph Schwieterman and Jacob Walls of the Chaddick Institute for Metropolitan Development predicts that the e-commerce giant’s fleet will grow from its 39 aircraft at the end of 2019 to 200 by 2028.