Amazon Air has rapidly expanded its air cargo operations in Europe over the last six months and its overall fleet looks set to hit 100 aircraft by the end of the year.

A new report by the Chaddick Institute for Metropolitan Development shows that e-commerce giant Amazon’s air cargo arm has expanded its flying in Europe to an average of 38 daily flights in March 2022 compared with 18 daily flights in August 2021.

The report said the largest increase in flying in Europe was through Amazon’s “partner flights” rather than on Amazon Air registered aircraft.

“Flights on Amazon Air-registered planes within Europe grew from 8.2 daily in August to 18.2 this month,” the report states. “Partner flights grew even more dramatically, our analysis suggests, rising from just a handful to around 20–24 daily.”

Amazon Air’s busiest location in Europe was Cologne-Bonn – also a hub for UPS – and Paris CDG, which each averaged 5.8 daily flights. 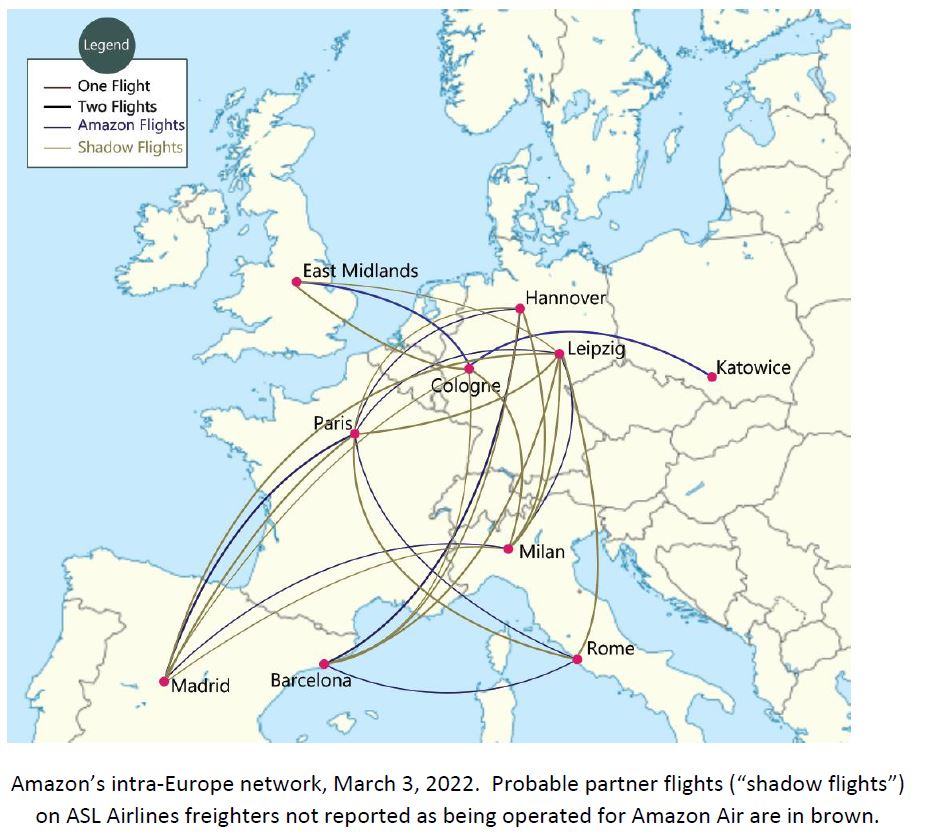 Overall, the e-commerce airline increased its average daily flying to from 163.6 flights per day in August 2021 to 187 flights this month, a 14.3% increase.

The report said that growth comes from increased flying to/from major hubs, particularly Cincinnati and Wilmington, Fort Worth, Seattle, and San Bernardino as well as on the previously mentioned intra-Europe routes.

“For the remainder of 2022, expect growth to follow a similar pattern to the latter part of last year, which was an exciting time for Amazon Air,” said the report’s authors, Joseph Schwieterman, Borja González Morado and Abby Mader.

“Its annual growth in flight activity is likely to hover around 20-24%, which, while somewhat slower than in the recent past, is still impressive.”

They added: “Although exponential growth may be relegated to the past, Amazon Air’s fleet, now reportedly 88 planes, could surpass 100 by the end of the year, a notable achievement considering the modest slowdown in economic growth underway and dramatic increases in jet fuel costs.

“Although our prediction roughly 20 months ago that Amazon Air would have 200 planes by 2028 was speculative, it remains in our view reasonable. In fact, it may be conservative, considering that Amazon Air is now acquiring turboprops and that, when the partner network is included, it may already account for 110+ planes regularly in service.”

They also predicted that Amazon Air could acquire B777 freighters as it expands into intercontinental flying. The report said the aircraft could result in flights from the Pacific Rim to the Riverside and San Bernardino hubs, although the full effects of this may not be seen until mid-2023 or later. 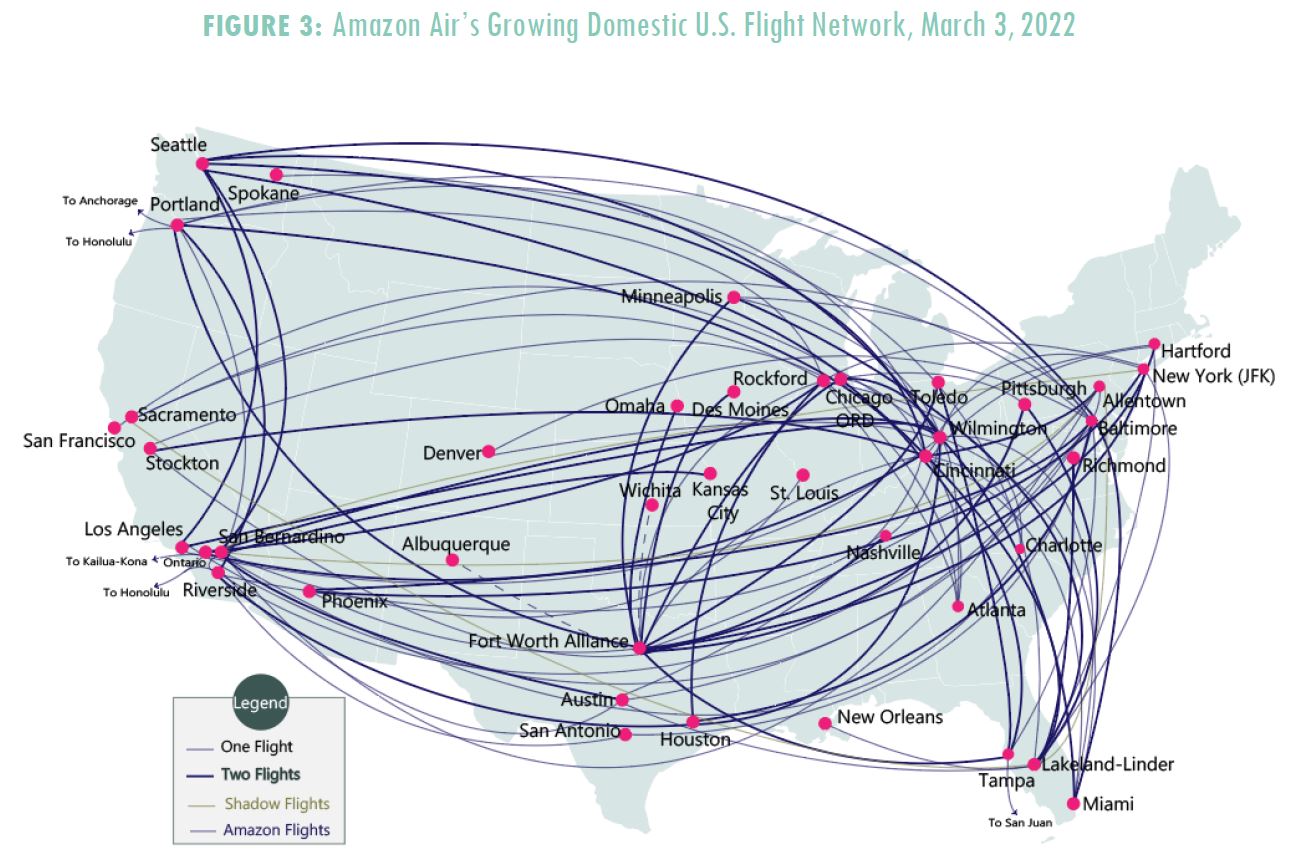