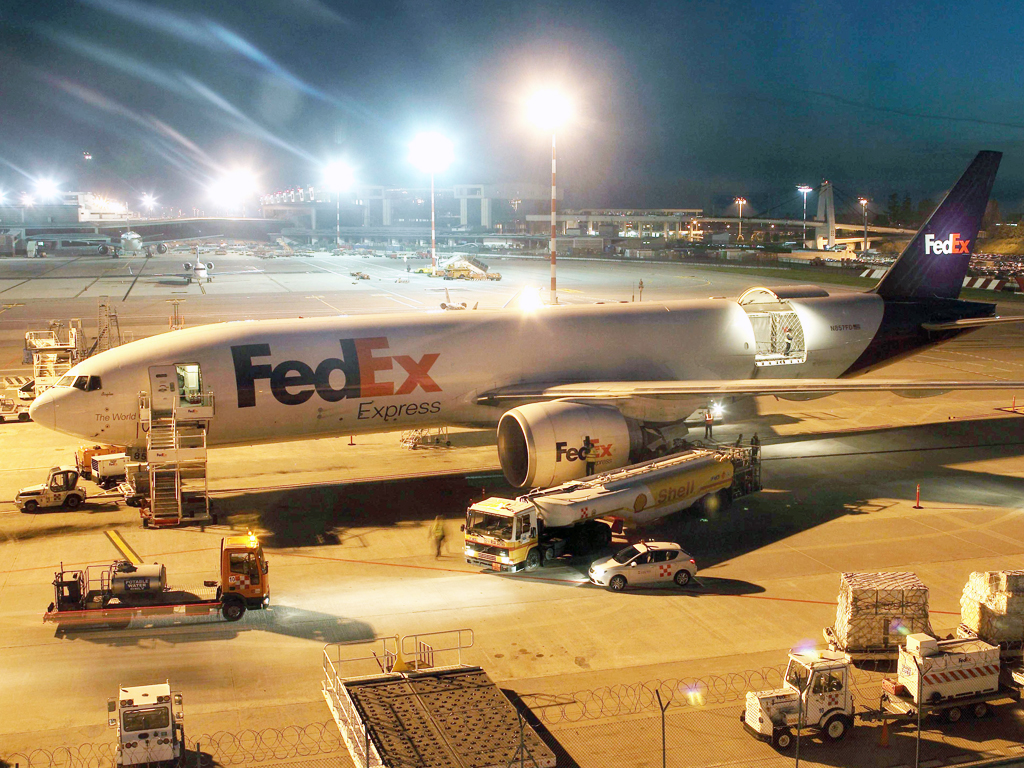 Global express services giant FedEx has completed work on the external structure of its expanded base at Italy’s busiest air cargo gateway, Milan-Malpensa International Airport. The ongoing expansion of the FedEx infrastructure at Malpensa will triple the size of the current facility and allow the integrator to handle up to 20,000 shipments a day there. The expanded facility is expected to be ready for operation by October this year.
FedEx has confirmed that completion of phase one has taken place on-deadline. Covering an area of 35,000 square metres, the new facility will be the third-largest FedEx hub in Europe, smaller only than its operations at Paris and Cologne.
To be equipped with the latest in handling systems, the facility will handle shipments moving into and out of Italy and will incorporate approximately 15,000 square metres of covered warehousing, 20,000 square metres of space for goods handling and parking, and more than 1,000 square metres of office space.
Once the expanded facility is operational, FedEx will be able to manage those 20,000 shipments a day, 44 flights into and out of Malpensa and 480 connections on the ground on a weekly basis.  A fleet of 27 vans will be used for pick-ups and deliveries.
Vito Bernardi, managing director, properties & real estate for FedEx Express Europe, noted: “Once fully completed, our operational base at Malpensa will enable us to operate on an even more efficient level with direct links by air and land with our 35 locations throughout Italy.
“Strengthening our presence at Malpensa is also an important signal for the Italian economy and it goes hand in hand with recent economic growth forecasts. Export growth, in particular, (is) supported through the direct connection FedEx has from Italy to the FedEx Global Hub in Memphis, Tennessee ,” Bernardi added.
Giulio De Metrio, chief operating officer of SEA, Malpensa’s operator, commented: “An airport’s efficiency and its ability to attract new traffic can also be measured by its capacity to develop an infrastructure which will meet the needs of a more advanced clientele and make these facilities available quickly enough to support their plans for growth in the medium and long term.
“In the cargo sector, this means forging lasting relationships with the sector’s major stakeholders, based on reciprocal trust and on the full exploitation of the opportunities offered by Milan Malpensa airport. The premises which SEA is creating for FedEx fit perfectly into this strategic vision, which has characterised the operator’s commitment to the airport for many years.
Milan-Malpensa is the sixth-busiest cargo airport in Europe, after Frankfurt, Paris, Amsterdam, London Heathrow and Luxembourg. The growth of FedEx at Malpensa falls within the context of FedEx’s broader growth strategy for Europe and the MEISA (Middle East, Indian Subcontinent & Africa) region, the company confirms. This process has included the opening of more than 100 new stations over the last three years and the acquisition of three local companies (in France, Poland and southern Africa).