Southwest to start international cargo shipping from May 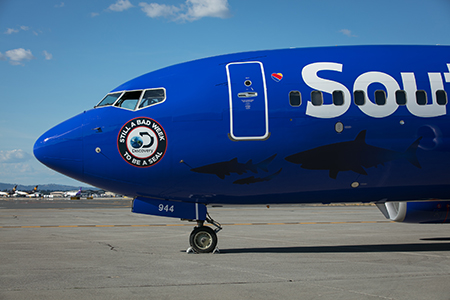 US-based carrier Southwest Airlines intends to begin shipping cargo to international destinations from this May, subject to receiving the necessary government approvals.
Southwest Airlines Cargo expects to initially serve Mexico City, Cancun, Cabo San Lucas/Los Cabos and Puerto Vallarta – all of which are in Mexico – before expanding its shipping connections to more international destinations later in the year.
“By offering the cross-border services that our customers are looking for, we’re able to help meet the needs of businesses throughout the United States and, soon, in Mexico,” said the carrier’s vice president of cargo and charters, Matt Buckley.
According to a statement from the airline, the new international shipping options are made possible in part due to the forthcoming roll-out of Southwest Cargo’s new point-of-sale and back office accounting system, Southwest Cargo Suite (SCS).
SCS is expected to replace the current system in March and, along with its ability to handle international shipments, will give customers the ability to make advanced cargo bookings and use electronic air waybills.
Southwest currently operates more than 4,000 weekday departures among a network of 100 destinations in the US and 10 other countries.