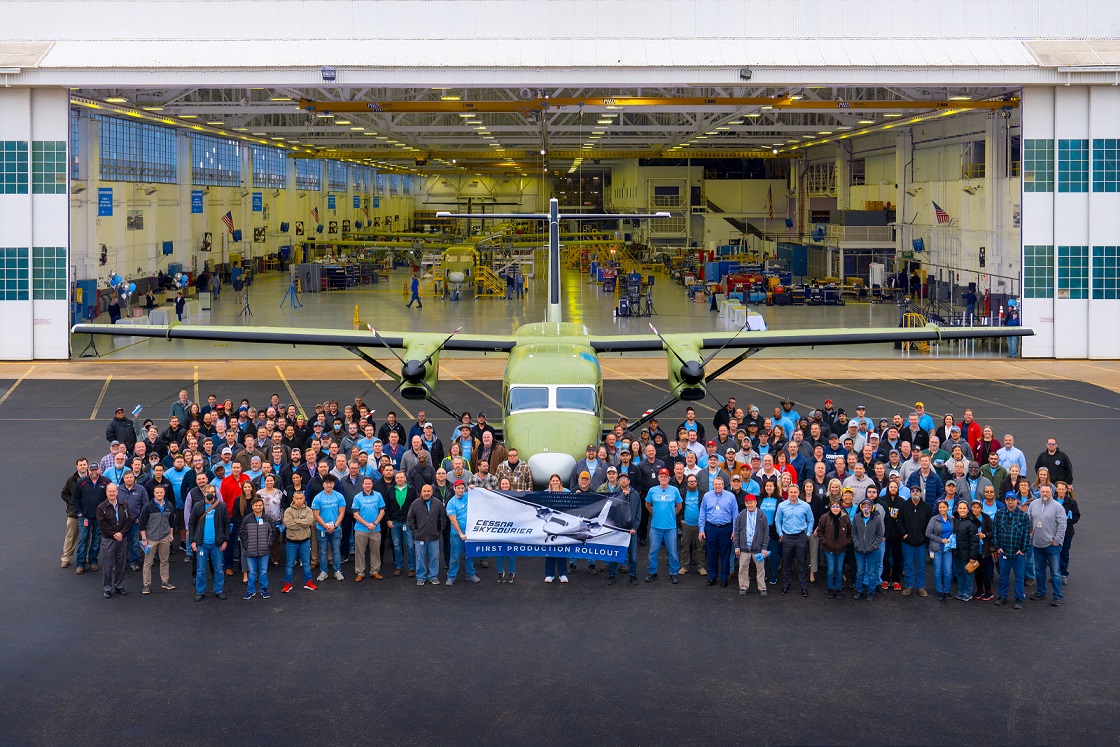 The first production unit of the twin-engine, large-utility turboprop, the Cessna SkyCourier has been rolled out by Textron Aviation ahead of its use by launch customer FedEx Express.

Designed by Textron Aviation, the aircraft is powered by two wing-mounted Pratt & Whitney PT6A-65SC turboprop engines and features the McCauley Propeller C779, a heavy-duty 110-inch aluminum four-blade propeller, which is full feathering with reversible pitch, designed to enhance the performance of the aircraft while hauling large loads.

The SkyCourier is operated with Garmin G1000 NXi avionics and has a maximum cruise speed of more than 200 ktas. It has a 900 nautical mile maximum range. The aircraft features a large door and a flat floor cabin that is sized to handle up to three LD3 shipping containers with 6,000 pounds of payload capability.

Production of the SkyCourier at Textron Aviation’s manufacturing facility in Wichita, Kansas incorporates the use of monolithic machining throughout the airframe. With this technique, major assemblies are milled from a single piece of metal rather than assembled from smaller pieces, reducing the overall number of parts and resulting in a more precise tolerances for easier assembly.

The SkyCourier celebrated its inaugural flight in May 2020, and the flight test programme’s three aircraft have accumulated more than 2,100 hours.

Following certification, which is anticipated in the first half of 2022, this first production unit will be delivered to FedEx Express, which has agreed to purchase up to 100 aircraft, with an initial fleet order of 50 cargo aircraft and options for 50 more.