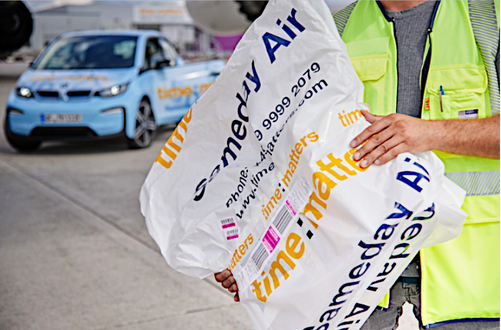 Time-critical shipment firm time:matters has expanded its US domestic Sameday Air network with the addition of eleven airports as destinations.

The network expansion brings the company’s number of available US stations to 100.

New stations include Syracuse in New York, Greensboro in North Carolina and Laredo in Texas.

“They will mainly be served by leading national carriers, such as American Airlines and United Airlines,” the company said.

The Lufthansa-group company also said the increased number of airports in its US domestic network means that its customers will be able to shorten distances to the nearest airport and optimise their supply chains depending on where their production facilities are located. This will allow them to save time that would otherwise be required for pick-up and delivery.

The company added that its customers can benefit from handling and transit times of approximately 45 minutes and upwards for shipments weighing up to 90 kg/200lbs, as well as higher loading priority compared with conventional express freight. In addition, customers can choose to have their shipments picked up directly and delivered in person.

Alexander Kohnen, chief executive of time:matters, commented: “Following the launch of our US domestic Sameday Air network with initially 89 stations, we are continuously increasing the number of frequencies and stations. I am delighted that we are already in a position to present to our customers such a large offering after just a short time.

“We are working constantly on expanding this. Further link-ups will follow.”

Additionally, time:matters has addded Alaska Airlines as a cooperation airline for the Sameday Air service, boosting its number of weekly frequencies to 50,000.