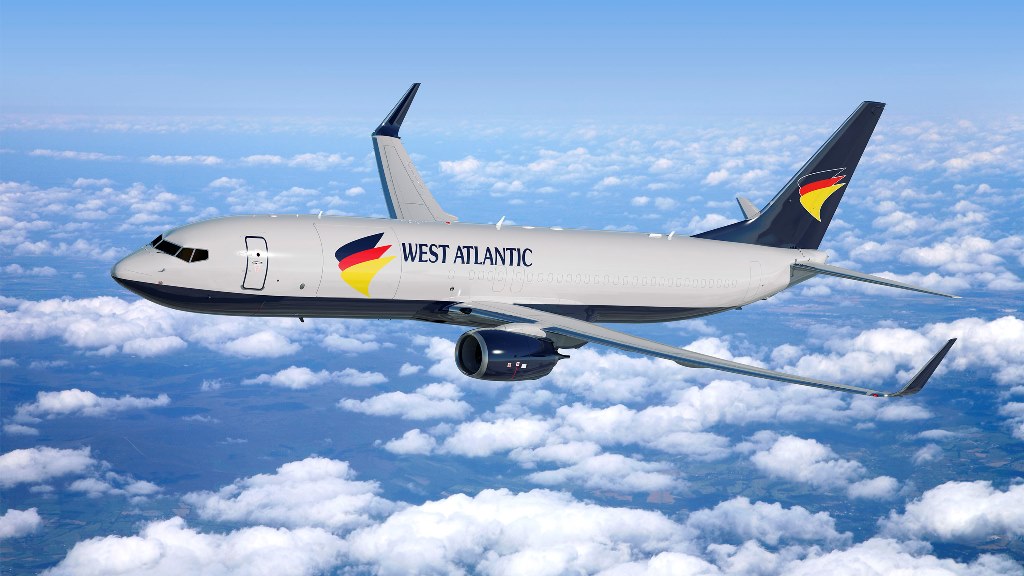 Gothenburg-headquartered freighter operator West Atlantic has announced that it has agreed a long-term deal on the operation of four 737-800BCFs (Boeing Converted Freighters), that it will receive over the course of the next 12 months.
The customer is an unidentified express logistic provider and the aircraft will be operated in West Atlantic’s existing, core EU network.
The first of the BCF aircraft is scheduled for delivery in the second quarter of this year, the last of the four in the first quarter of 2019. The capacity will be phased in as the aircraft are delivered.
West Atlantic chief executive Fredrik Groth said: "We will now focus all efforts to leverage the NG’s [Next-Generation aircraft’s] technological advance and efficiency to deliver an excellent service.
“We are confident that West Atlantic is well positioned in the market going forward being in the forefront of the Next Generation programme."
The West Atlantic Group provides dedicated airfreight services to European national mail organisations and airfreight capacity to global integrators and freight forwarders.
It has a well-established geographic network and operates a customised aircraft fleet, of which a majority are wholly owned by the Group.
As well as the four B737BCFs, West Atlantic operates 18 B737F classics ( 300/400s) on its UK AOC and three B767-200Fs, two CRJ200Fs and more than 30 ATP freighters on its Swedish AOC.
It will possible add one more B767-200F to its fleet this year.
Read more express industry news