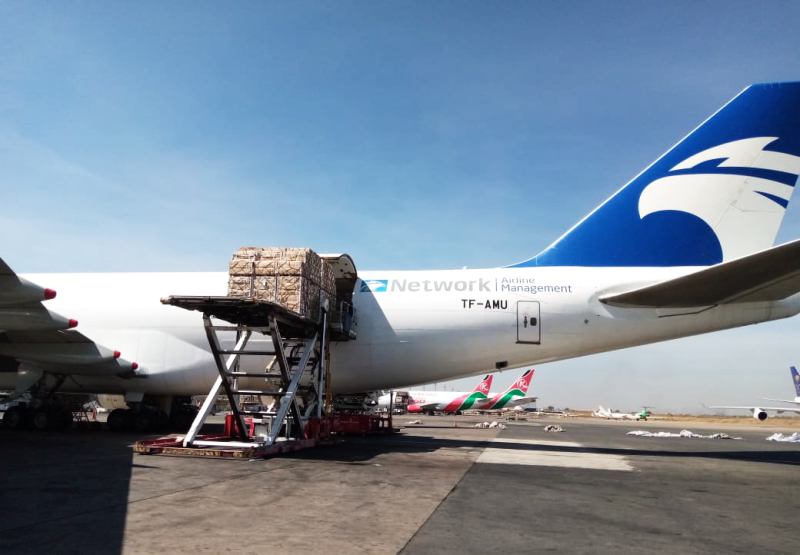 B747 being loaded with flowers. Source: Network Airline Management

Network Airline Management (NAM) has transported over 1,200 tons of freshly cut flowers from Nairobi to Europe to meet demand ahead of Valentine’s Day.

The company operated a total of 12 B747F flights carrying the flowers, including four additional flights due to the high demand, ahead of this year’s Valentine’s Rush during the first two weeks of February.

The company typically operates four flights per week between Nairobi and Liege.

“With Network’s Nairobi office overseeing the entire operation, each ‘flower charter’ flight was loaded to max payload with 105 tonnes of freshly cut flowers, including Pink/Red Roses mixed with Carnations, ready for onward trucking across Europe into various major cities such as London, Paris, and Rome upon arrival,” the company said.

NAM’s commercial director Andy Walters said: “2022 has been another very successful Valentine’s season for us and we’re extremely happy to maintain our role in supporting the Kenyan flower industry once again.”

Last year, NAM transported more than 1,000 tonnes of freshly cut flowers — from Nairobi, Kenya into Europe — during the run up to International Mother’s Day.