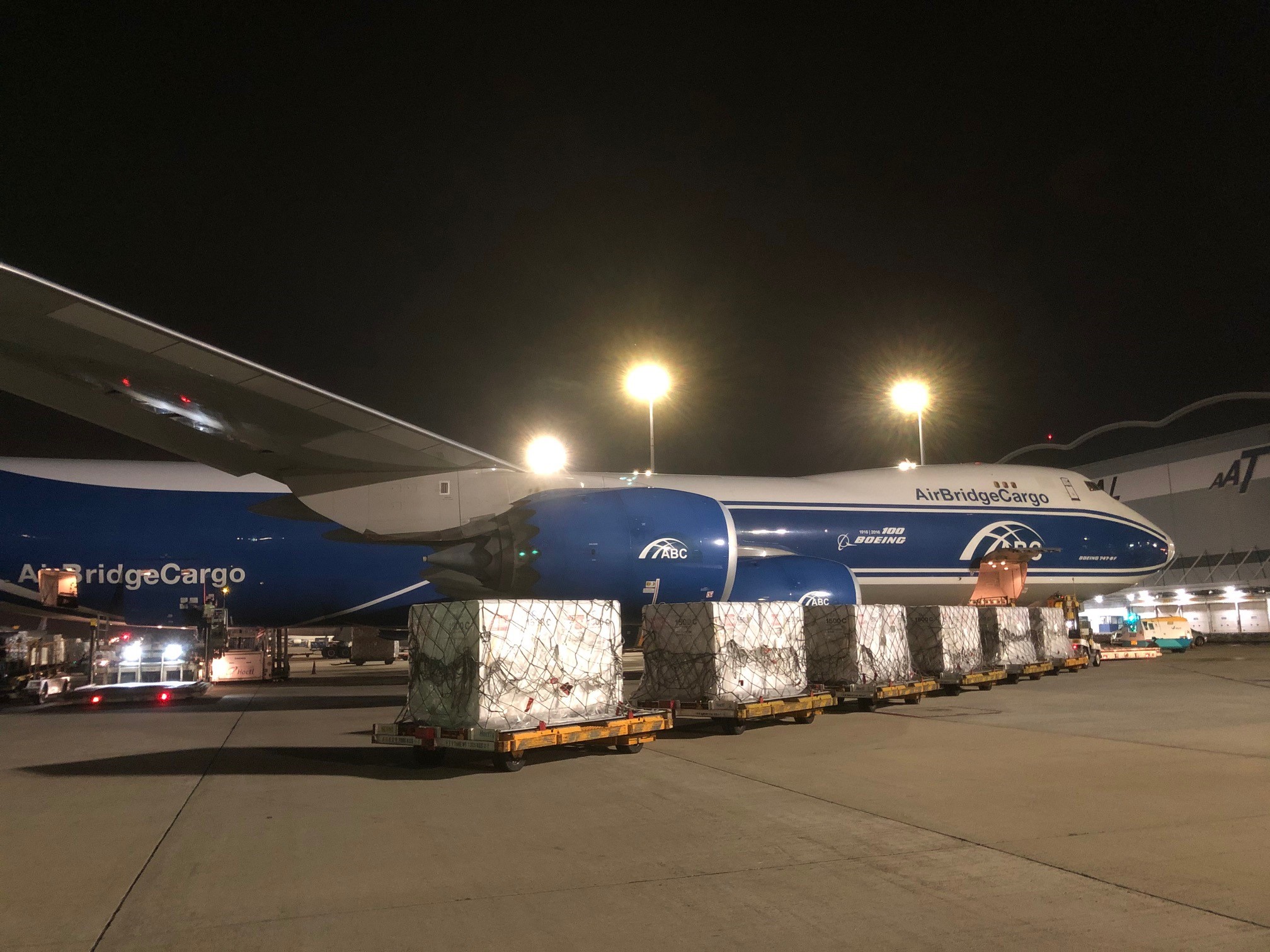 The operation was organised in partnership with UPS Healthcare, with the SkyCell 1500C containers shipped from Europe to Asia in pre-conditioned mode, meaning the temperature is at the correct level for the arrival of the shipments.

Once they arrived in Hong Kong, they were loaded with vaccines to be flown back under temperature range 2-8°C.

“We are now analysing and mapping out all possible scenarios for vaccine transportation, even using technical capabilities of An-124-100 and Il-76TD-90VD,” said Yulia Celetaria, pharma director, AirBridgeCargo Airlines.

ABC has transported over 40,000 tons of temperature-sensitive pharma for the first seven months of 2020 which is more than 150% up compared to the same period of 2019.