AstraZeneca on course for pharma modal shift to ocean from air 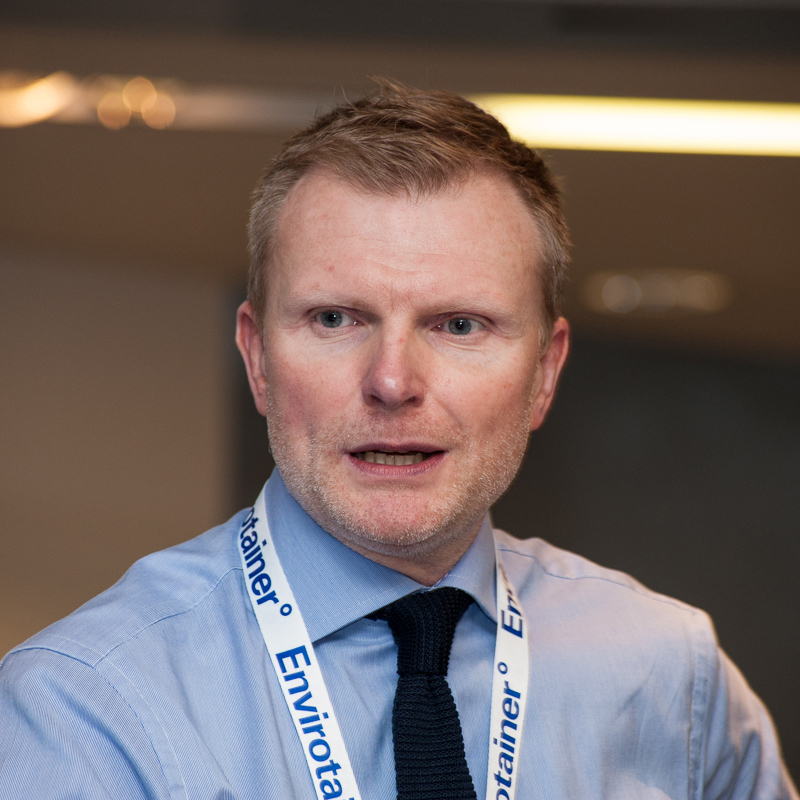 Pharmaceutical giant AstraZeneca (AZ) is still on course for a modal shift from air to sea that will see 70% of its products transported by ocean within two years.
But Julian Wann, global category manager, freight and logistics at AZ, said airfreight will still have an important role to play in its global supply chain.
Wann told an Air Cargo News pharma conference in London: “As we evolve, our business is going to change but we will still need to have airfreight.
“Our business driver, though, is to maintain that growth in ocean freight, and we still intend to get to 70% of volumes by sea in the next 12 to 18 months, if we can.”
Ocean freight has been slowly gaining market share versus airfreight at AZ, building on a less than 40% share in the past two years.
Wann, speaking at the life science and pharma conference, said that AZ had moved a total of 21,000 tonnes of freight across all modes in the first ten months of 2015, a 20% increase on the same period in 2014 due to two large production sites opening in North America and new product launches.
Airfreight accounted for 52% of that year to date tonnage and 85% on a per shipment basis, while ocean was around 48% by volume and 15% by shipment count.
Wann said that the modal shift will be achieved in “different ways”, adding that the pharma giant has “plans in place” which had already seen ocean account for 60% of shipped products during certain periods in 2015 due to fluctuations in demand and manufacturing constraints.
“We have reverted back [to airfreight], but it shows that ocean freight is important to us because it works very well, although we still have a requirement for airfreight.”
He told the audience of air cargo industry executives: “We will still reliant on you. But our aim is for a minimum of 50% by ocean, with a 70% share still the target.”
Wann, who has been critical of air cargo services for pharma products, especially due to temperature spikes or ‘excursions’ along the global supply chain, said that there had been an improvement in performance over the past 12 months.
“We still have a lot of excursions and more than we would like, both by air and sea. We have done a massive amount of work in having this problem visible: where did it occur, how did it occur and why did it occur?
AZ has invested “a huge amount of time and effort” in monitoring temperature ranges along the supply chain, working with third party logistics providers and carriers “to help us get an understanding of why so many and how we got so many”.
Alarms, defined as temperature excursions that require detailed investigation, still account for around 12% of those monitors placed in shipments.
In the period under review there were 25,000 excursions by air, of which nearly 7,000 were defined as alarms, compared with 1,700 by ocean, of which 300 were defined as alarms.
Wann said that the results for airfreight were not a surprise, because the company puts more monitors on airfreight shipments, but added: “Seafreight is better for many reasons, for example being more controlled and so the opportunity for things to go wrong is reduced.
“We still see a significant amount of excursions [with ocean] but we do not see any product write-offs because of it, which is a big plus for us.
“Are we still seeing product losses through airfreight? Yes we do, for many reasons, but it is reducing, which is good.”
In a modal shift trend that is worrying for airfreight, Wann said that the usual transfer from air to ocean for a new product often “takes years”, but with a recent launch of a major new medicine some 80% of volume was going by sea within ten weeks.
“In terms of mode shift, we used to have to write a business case to change from air to ocean freight but our supply people now have to consider the business case to keep it on airfreight.”
Wann added that senior management within AZ see ocean freight as dealing with the problems in managing the supply chain, “in terms of control and quality they see [ocean] as our mode of choice.”

Lufthansa Cargo’s handling operation at its Frankfurt hub has been “significantly” affected by Omicron infections amongst staff. The carrier told…

Ground handler dnata and Brussels Airport are celebrating the award of IATA CEIV Live Animal certification, while dnata has also…