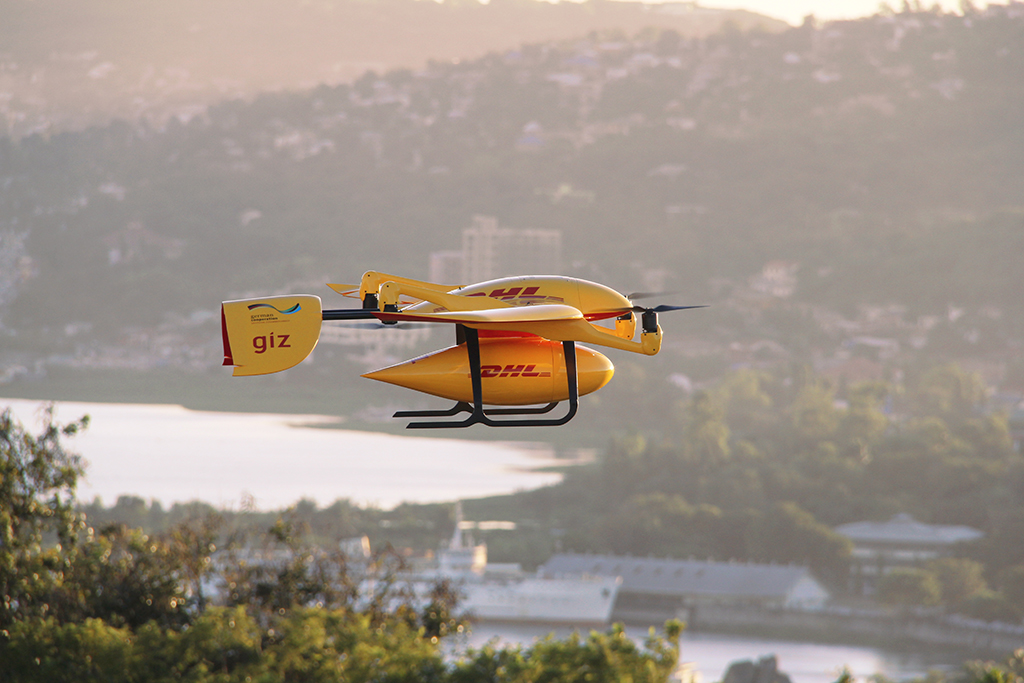 A DHL-led pilot project to deliver medicines by parcel drone  to remote areas in Kenya, East Africa, has completed more than 180 take-offs and landings.
During a six month test period, the German logistics giant, together with Deutsche Gesellschaft für Internationale Zusammenarbeit (GIZ) and drone manufacturer Wingcopter, flew the rapid response drone over a total distance of 2,200 km and recorded around 2,000 flight minutes.
The joint venture successfully tested the delivery of medicines to an island in Lake Victoria. During the trials, the autonomous DHL Parcelcopter 4.0 completed the 60 km flight from the mainland to the island in 40 minutes on average.
A spokesperson for DHL said: “The drone thus opens up new opportunities to adress the logistic challenges in the public health sector in many parts of Africa, especially supplying hospitals and pharmacies.
“Medical care for the roughly 400,000 residents of the Ukerewe island district of Lake Victoria, for instance, is severely limited.
“This is partly due to the poor infrastructure and difficult terrain. Six hours are needed to cover the overland route of 240 km. That makes it nearly impossible to provide emergency medication or to quickly refill cool chain commodities that are out of stock.”
A key feature is that the DHL Parcelcopter 4.0 needs little ground-based infrastructure, because it takes off and lands vertically.
Added the DHL spokesperson: “After delivering its cargo, it can easily be loaded with blood and laboratory samples to take back to the mainland.
“In future, the Parcelcopter could therefore not only improve logistics in the public health sector: it has the potential to help prevent crises worldwide, for example allowing an early response to slow the spread of viral diseases like Ebola."