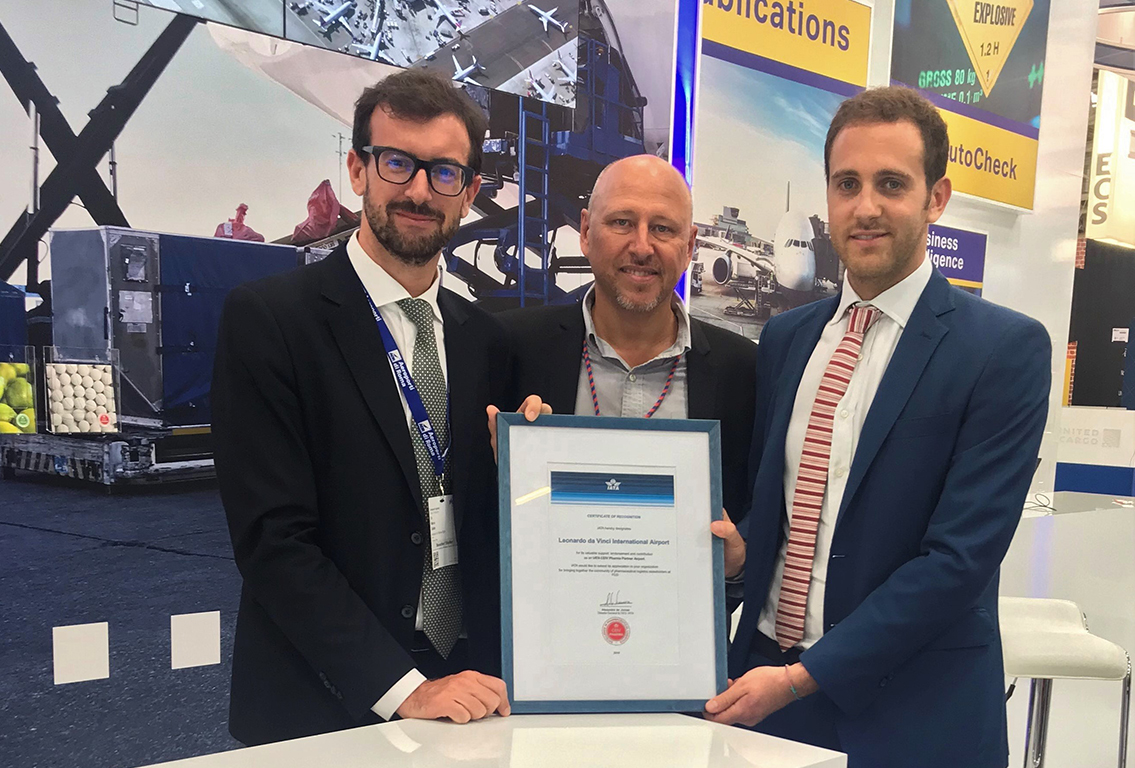 IATA’s CEIV – Center of Excellence for Independent Validators – Pharma is awarded to those businesses that can demonstrate excellence in the handling and transport of pharmaceuticals.

Particularly important in the shipping of these highly sensitive cargoes is maintaining their temperature integrity within very limited ranges.

The certification ceremony took place on the IATA stand at Air Cargo Europe (ACE), the exhibition running this week in Munich, Germany.

Aeroporti di Roma (ADR), operator of Fiumicino (as well as Rome’s Ciampino airport), said that da Vinci Airport had earned the certification in a community approach it has adopted together with its air cargo supply chain partners.

Pharmaceuticals represent an important component of the cargo mix handled at Fiumicino. Pharma shipments moving through the gateway primarily originate at or are destined for North America, although the Far East and South America also represent important markets.

“The Lazio pharmaceutical district, the second largest in Italy and one of the major European production hubs, is growing constantly,” said Fausto Palombelli, chief commercial officer at ADR.

“Therefore, the development of Fiumicino as a cargo traffic hub is a driving force for the economy of the territory and the entire country system.

“This certification is a testament to the commitment and the proactive role of Aeroporti di Roma in the economic development of the supply chain,” he observed.

Sergio Fernandez, regional director Europe, airport, passenger, cargo and security, at IATA, added: “The European freight market is one of the largest in the world, accounting for close to a quarter of total global trade.

“Having Rome Fiumicino Airport, one of the region’s major pharma hubs, achieve CEIV Pharma certification is a significant boost for meeting shippers’ expectations in terms of standardisation and transparency across the supply chain in the region.”