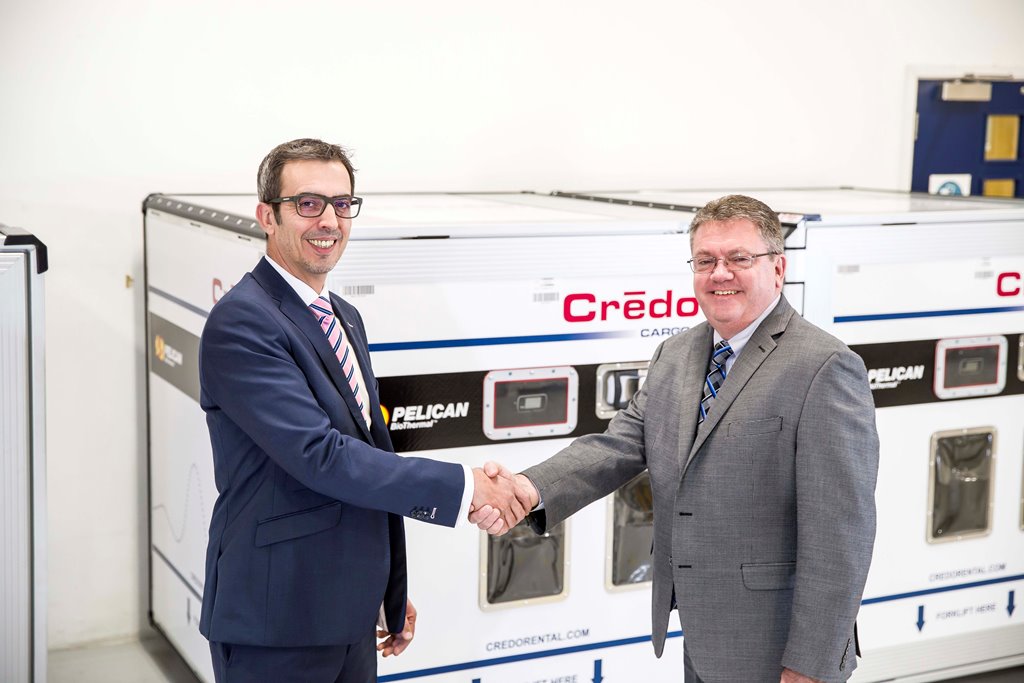 Temperature controlled container firm Peli Bio Thermal will add 12 new service centres to its operations over the coming year as it looks to expand its Crēdo on Demand rental operation.
The company recently appointed Dominic Hyde as vice president of Crēdo on Demand to oversee the development, as reported in Air Cargo News.
He said that as well as the new service centres, which include the locations Tokyo, Seoul, Mexico City and San Diego, the company will also look to add 50 new drop-off hubs for the return of packaging at destinations with an import/export imbalance.
San Diego will hold its official opening in February while the other locations mentioned will all open in the first half of the year.
The drop off hubs will be located on, or close to, major international airports.
“The new service centres are a significant investment but really they are only the first step in connecting the pharmaceutical production with its markets,” Hyde said.
“So with 12 centres opening in 2018 that would be a total of 18 at year-end and they’ve been selected carefully to meet the needs of existing customers and then also to start opening Crēdo on Demand to the larger addressable market.
“It is a significant investment, I think we have the right ingredients for success and will get a good return on those investments.
“The upside for customers in the industry and what’s exciting me most is really the expectation of what we can do about the price/performance mix in the market.”
Looking further ahead, Hyde said the company was preparing for new product launches.
“Peli BioThermal seems to be developing a portfolio of small parcel and pallet shippers, which are both single use and multiple use and now laying the service on top, I think they really have all the bases covered.”
Hyde said that much of the demand for rental services was down to the fact that shippers do not want to own the asset. He would need to work on developing relationships with other supply chain stakeholders in order to build the rental operation.
“Pharmaceutical companies don’t want to be the owners and operators of containers and they contract with airlines orders and integrators.
“They don’t want to invest in those sorts of assets so there is a space to be a service provider in the middle but we can’t do it on our own.
“So part of my job is to help build at partner network with airlines, freight forwarders and integrators so together we can realise the benefits of the sector for the benefit of pharmaceutical shippers.
“I have a lot of contacts in the industry and I hope that will ease the passage but at the end of the day we have to bring forward value propositions not only for the pharmaceutical shippers but also for the partners as well.”
Hyde said that his immediate priority would be making sure the company, which launched its rental operation two years ago, served the needs of its existing customers before looking to serve the wider market.
He added that while the company would be looking to grow it was important that it maintained standards and availability that customers expected.
Other challenges he will face in his new role include the evolving regulatory environment for pharma products, which is increasingly focusing on the supply chain.
“The regulator’s focus has shifted further down into the supply chain of the pharmaceutical industry and is always trying to increase the protection in all areas to ultimately to preserve the efficacy and value from the production to the patient,” he said.
“At the same time, while the global markets continue to grow there is of course price pressure and it is our challenge to deliver the highest performing systems with regulatory compliance in the most cost effective way possible.”
Read more pharma logistics news