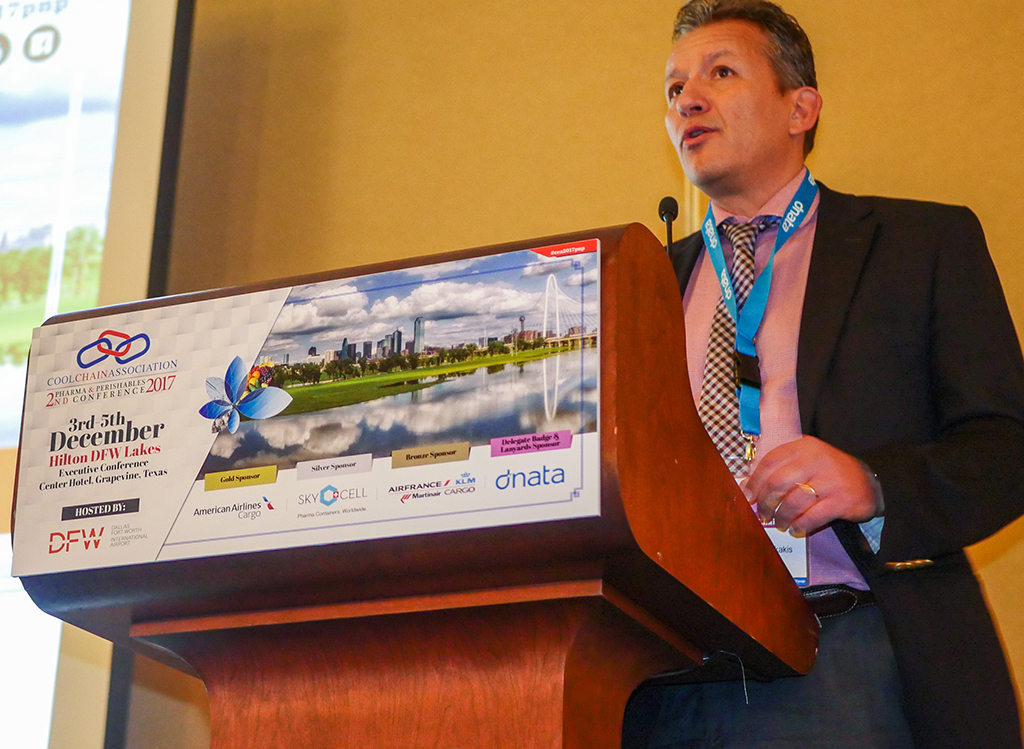 The Cool Chain Association has discussed a “hard truth” about perishables cargo which sees one-third of all food in the US either wasted or lost.
The association says that it is now, more than ever, time to act on standards and care in transporting perishables and pharma.
Cool Chain Association’s chairman Stavros Evangelakakis has suggested implementing the same standards seen in the healthcare industry to perishables, to ensure this level of wastage is “dramatically lowered”.
Evangelakakis was speaking at the association’s second pharma and perishables conference, a two-day event held in Dallas, Texas.
From transporting avocados to cherries to flowers, the conference heard from speakers that the best methods to maximise the accuracy of measuring the temperature inside ULDs.
The discussion on perishables urged that now was the time to guarantee customers the best service as the sector reaches its point of maturation.
It was remarked that cool chain standards and care have been seriously in place only since 2008/2009 – pharma used to be shipped as general cargo in some instances –  and although a great deal of progress has been made, “we’re not where we should be,” according to one panellist.
A post conference statement said: “The Cool Chain Association will put its foot down when it comes to promoting sustained, healthy progress in the transportation of perishable and pharma cargo.
“Specifically, we must, for the sake of all our customers, treat perishable cargo with the same care, respect and transparency as we do pharma.
“The pursuit of new and emerging markets such as South American and Africa will be crucial, as will be delivering exactly on the key expectations of shippers.”