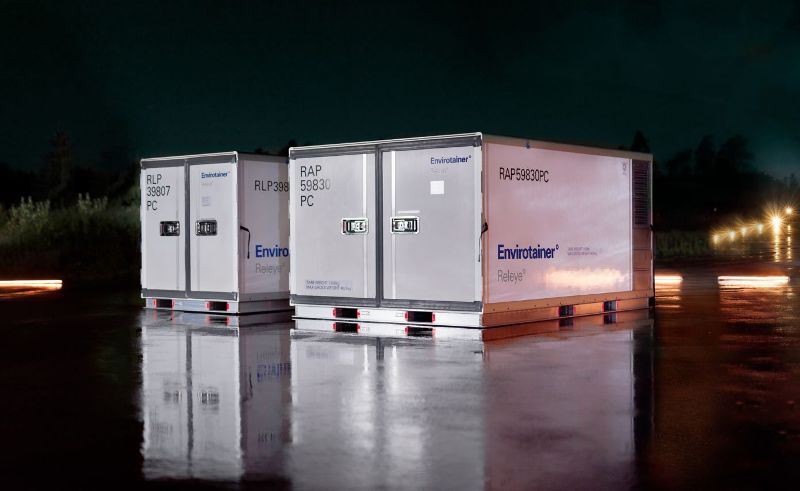 Qatar Airways Cargo has become the latest carrier to approve the use of Envirotainer’s Releye RAP temperature controlled container.

Envirotainer launched the RAP version of its Releye temperature-controlled container earlier this year. The container is able to hold five pallets, compared with the existing 2021 RKN model’s three pallets.

Qatar Airways Cargo has offered its customers Envirotainer’s RAP and RKN active pharma containers since 2014, and was an early adopter of the first Releye RLP, launched last summer.

The new container is monitored through a control tower service as standard.

The unit uses rechargeable batteries, with a single battery charge able to power the system for over 170 hours.

It also offers live monitoring for product condition, location, temperature, humidity, battery levels, door openings, if cargo is loaded or not, and the progress of shipments.

Guillaume Halleux, chief officer cargo at Qatar Airways, said: “The Releye RAP’s capability of covering transit times and delays without the need of recharging, together with the possibility to track and monitor the product condition, location, temperature, humidity, battery levels, door openings, and location of the shipment, offer a superior stability that sharply contrasts the uncertainty that the pandemic continues to bring.”

Swiss WorldCargo last week also announced it had approved the container for use on its aircraft.