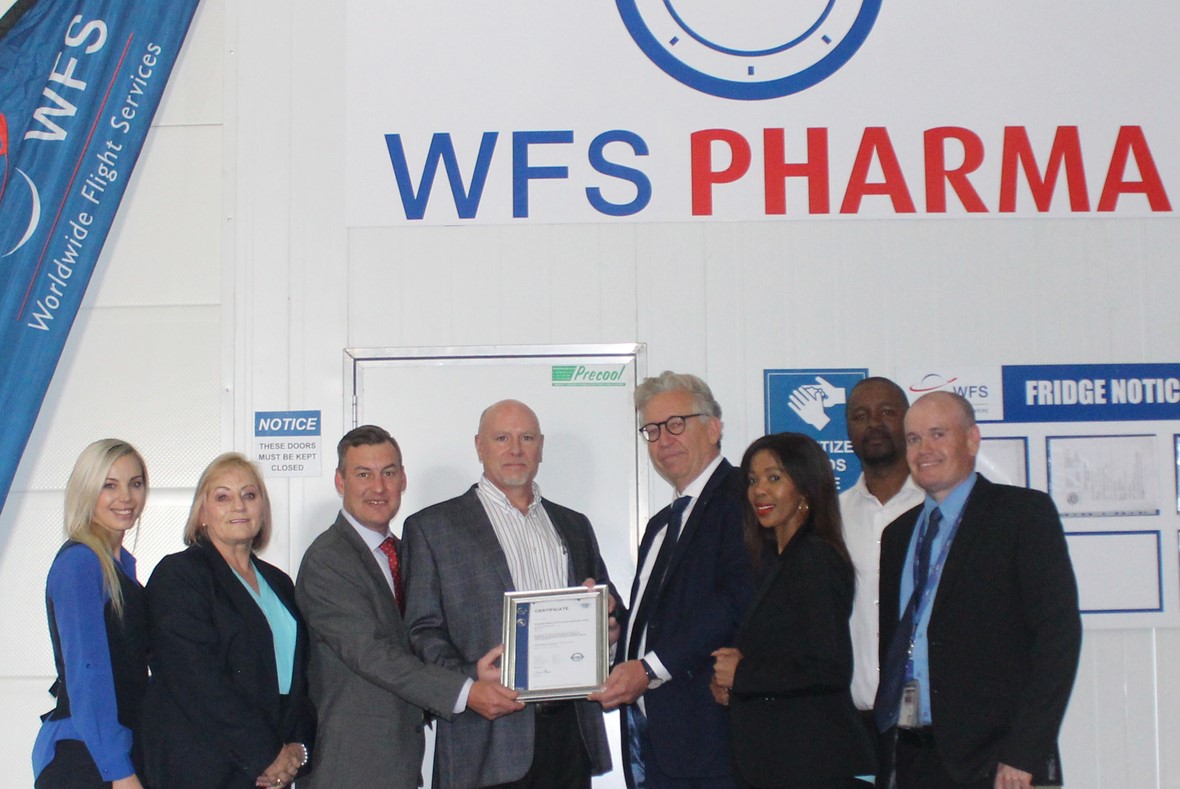 The organisation – which currently handles more than 65,000 tonnes of air cargo a year, including pharmaceuticals, for airline customers in Johannesburg and Cape Town – is the first in the country to be granted this type of award.

Pharma cargo volumes in South Africa have increased by 15% over the past two years. To cope with this increase in demand, WFS invested into its Johannesburg and Cape Town facilities and ultimately achieved GDP certification for both. The GDP certifications followed an audit of WFS’s cargo operations by DQS, a leading certification bodies for management systems worldwide.