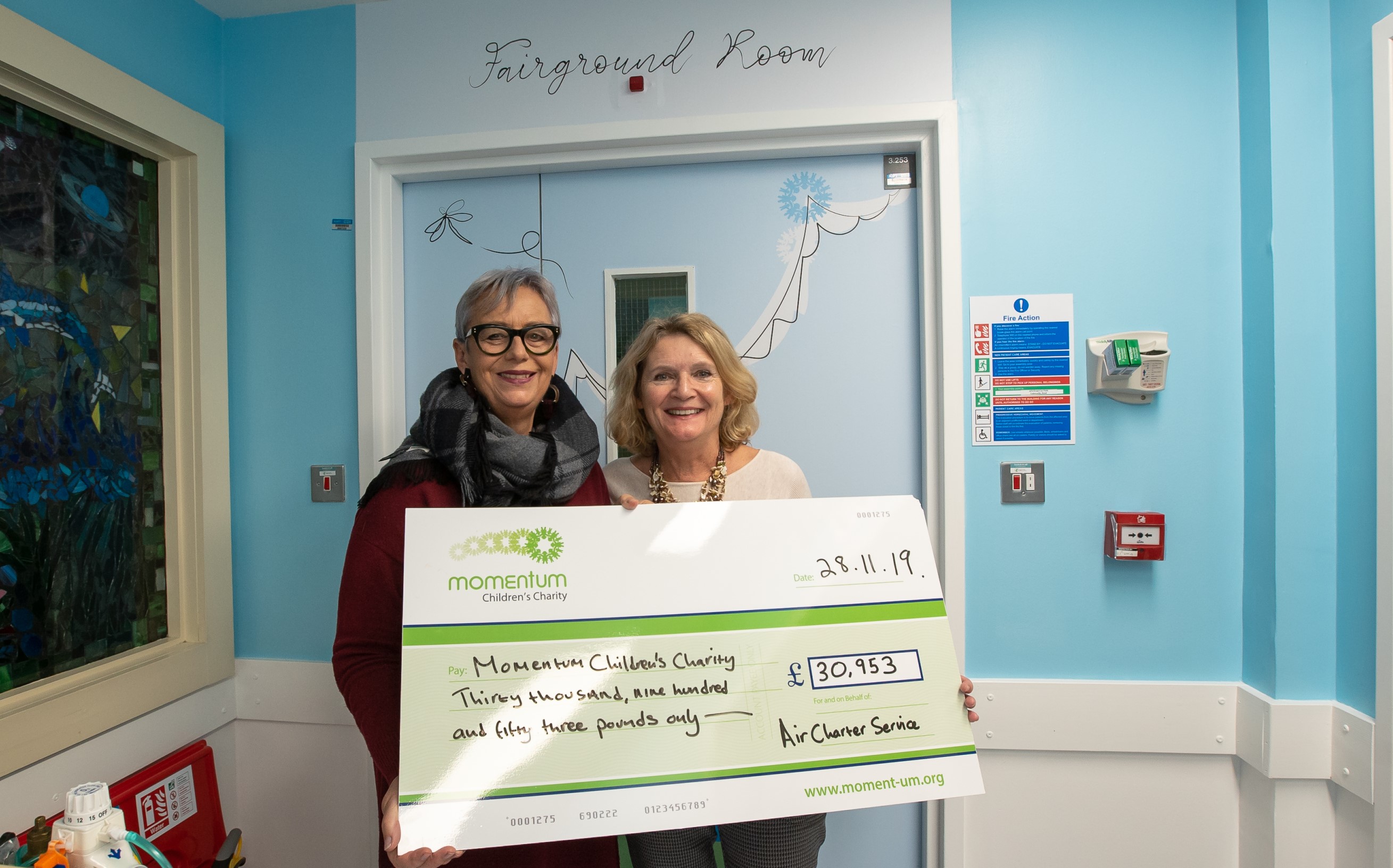 Globally active charter broker Air Charter Service (ACS) has donated £30,953 to Momentum Children’s Charity, an organisation that cares for families with children who have cancer or other life-challenging conditions.

The charity helps children in the English county of Surrey (where the broker is headquartered) and surrounding areas.

Its latest project has been funding an isolation room in Kingston Hospital’s paediatric ward.

Alongside ACS’s ongoing general fund-raising activities that support a range of charities, which include bake sales, raffles, auctions and quizzes, ACS staff have taken part in fundraisers specifically for Momentum Children’s Charity; these latter fundraisers have included an endurance race, Dragon Boat races, an Easter egg sale and, most recently, a sponsored skydive.

Last month (November), members of ACS’s Charity Committee visited Kingston Hospital to see the new isolation room, which has been called the ‘Fairground Room’, and to present the charity with a cheque for the £30,953.

Tina Leach, head of the Charity Committee, informed: “The isolation room is for young patients who may be particularly susceptible to infection, so can be a lonely place – some children can spend several days in these rooms and an environment like this can really help the healing process.

“It was great to see the results of some of our fundraising – the entire paediatric ward has been beautifully decorated by Momentum and is designed to help young patients feel more at ease during exceptionally tough times in their lives.”

Momentum Children’s Charity founder and chief executive Bianca Effemey commented: “We are so grateful to Air Charter Service for their loyal and continued support.

“The money raised has enabled us to transform an isolation room in Kingston Hospital and will continue to help fund a range of family support services, making a big difference to our families when they need it most.”

As well as Momentum Children’s Charity, ACS supports charities in the UK and around the world including Save the Children and Macmillan Cancer Support.

ACS offers private jet and commercial airliner, as well as cargo, aircraft charters, in addition to onboard courier solutions.

It employs more than 500 staff around the world in 25 offices on six continents.