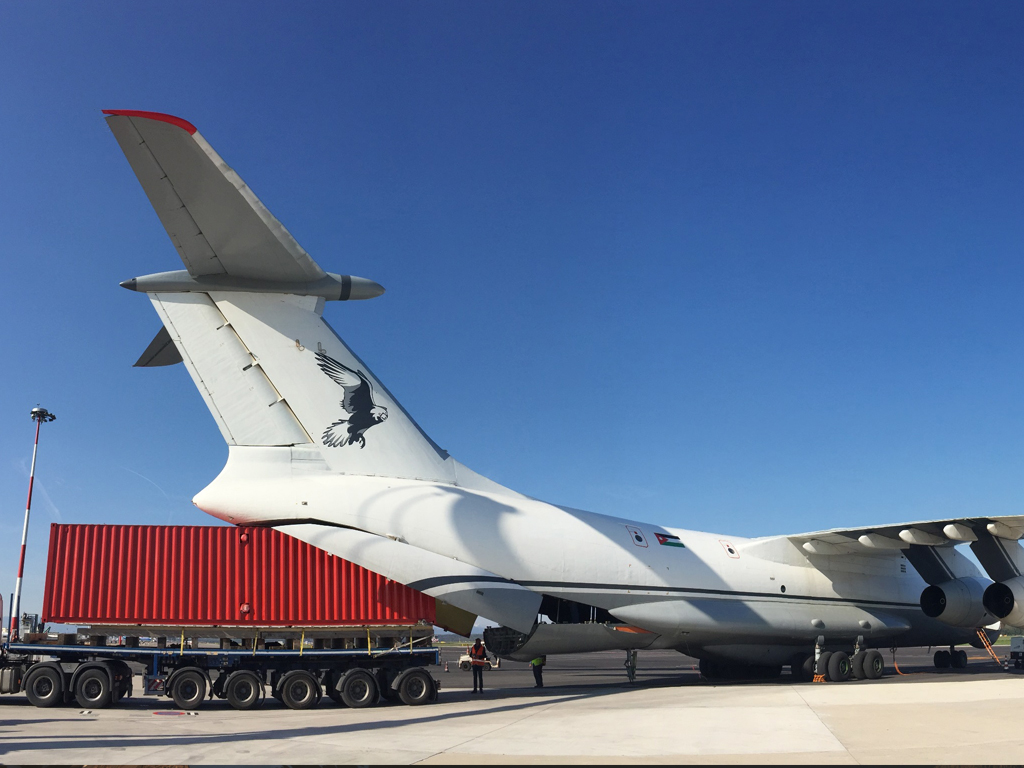 Charter broker Air Charter Service (ACS) recently transported two high cube containers filled with oil and gas industry equipment from Italy to Saudi Arabia on board an Ilyushin IL-76 freighter that only just accommodated them.
ACS Group cargo director, Dan Morgan-Evans, commented: “Weeks of planning went into the operation as the cargo had such extreme dimensions. As can be seen from the photos, the high cube containers only just fitted into the Ilyushin IL-76, with a clearance of less than 10 centimetres with the doors open.
“The client originally requested an AN-124, as the cargo was 3 m high, but after lengthy negotiations with them and the operator, as well as detailed diagrams, we were able to arrange the loading into the aircraft, saving the client a significant amount of money.

“We are highly experienced with heavy and outsized cargo, but it is rare for the freight to be quite such a tight fit!” he added.
In other news from ACS, the company has augmented its Airline Sales division with the appointment of Daniel Parker as manager of its London Operations Control Centre, which provides 24-hour AOG support for airlines.