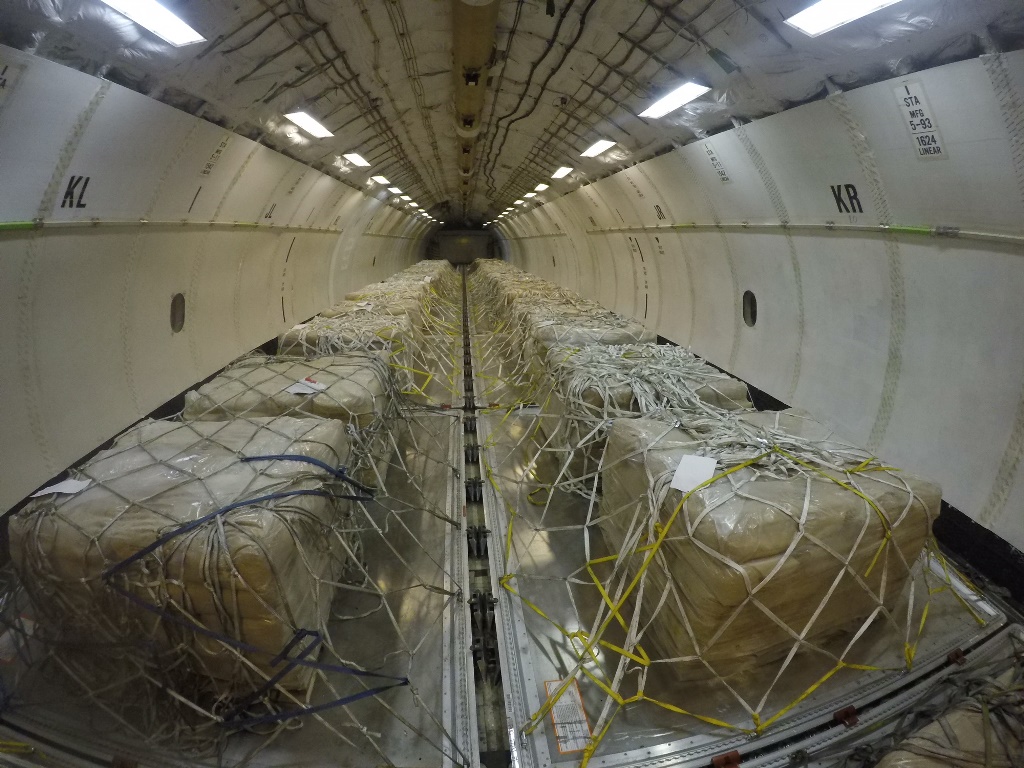 Charter broker Air Charter Service (ACS) recently sourced an MD-11 freighter to fly 68 tonnes of the fire retardant ore, barite, to battle the increasing threat of lava reaching a geothermal power plant in Hawaii.
Richard Thompson, president of ACS Americas, said: “Towns and countryside were being turned into a volcanic wasteland as lava from the erupting Kilauea Volcano made its way across the island.
"This in itself was devastating, but the flow was fast approaching the Puna Geothermal Venture plant which would have meant further disaster, so an urgent plan was formulated to prevent the lava pouring into the wells at the site.
“We were contacted by a specialist freight forwarder to source an aircraft that could fly in a large amount of barite, which acts as a fire retardant, as soon as possible."
Barite is a claylike substance that hardens when heated and the plan was to use it to cap the geothermal wells and protect them from the lava flow. The flight was carried out in May.
"We found an MD-11 that was capable of carrying the entire shipment in the necessary timescale," said Thompson

“The flight went without a hitch and the wells were capped with the barite and deactivated shortly afterwards. As an extra precaution the plant was later shut down and 60,000 gallons (230,000 litres) of flammable liquid were removed from the site.

“Since then, three of the 11 wells at the site have been covered by the lava flow, meaning that it was critical to get the barite delivered as urgently as we managed and in place to protect the wells.”