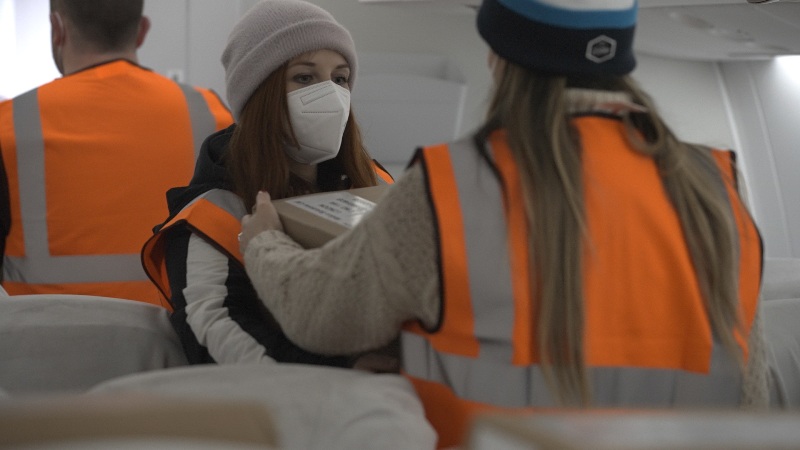 Dan Morgan-Evans, group cargo director at ACS, said: “With the lack of freighters in the marketplace at the moment, ACS has been using preighters as the solution for many of our clients’ shipments.

“The downside of these aircraft is the additional manpower required for loading and unloading, unlike a regular freighter where pallet-loads of cargo can be removed relatively quickly using a forklift or high-loader, this required taking off each box, one by one which requires a much larger number of staff to unload than a specialised freighter.

“In my view it is already a miracle how ground staff at some airports have dealt with these unprecedented cargo volumes, but for two of the flights from Shenzhen to Birmingham it became clear that the ground handler simply couldn’t provide enough manpower to unload the A330 and B787 that we had arranged, at the time they were scheduled to arrive, quickly enough to turn the aircraft around within the timeframe required.

“To ensure these particular flights continued undisrupted, we decided to call on our own team. Our cargo team are still dealing with unprecedented demand and are working night and day to source aircraft for customers in what has been the busiest period in our history. So I sent out a message to everyone in our headquarters, asking for a team of volunteers to head up to Birmingham and I was staggered with the response.”

There were volunteers from the company’s marketing, accounts, legal, IT and HR teams.

The complete offload of the first aircraft took just over an hour, allowing the aircraft to depart for its next flight.

“There was much more cargo on the second, larger aircraft, which arrived mid-afternoon. Again the handling agent and ACS staff worked well together and the offload went very smoothly, but obviously took a lot longer. The aircraft departed later that evening for its next operation,” said Morgan-Evans.