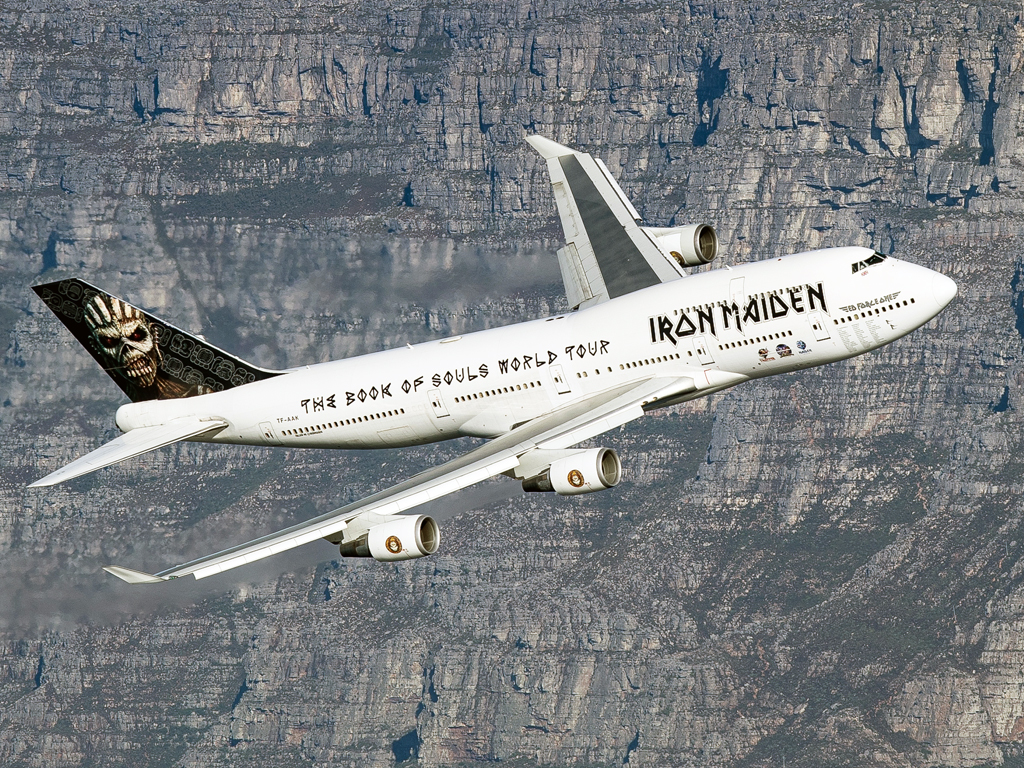 Broker Air Charter Service (ACS) has completed its role in the movement of rock band Iron Maiden around the world on its The Book of Souls tour.
ACS was asked by the band towards the end of last year for its help with the tour. The services of a customised Boeing 747-400 were secured (from operator Air Atlanta) and ACS’ assistance was called for to help with the logistics of the massive operation.
The aircraft, which would be piloted on many occasions by band member Bruce Dickinson, was to fly 48 sectors over six continents over a period of four months. It would carry 22 tonnes of cargo on each leg.
The 747 completed the final leg of its tour when it landed in Gothenburg, Sweden, on June 16.
According to the broker, the tour presented “particular challenges for all involved”. The first thing ACS did was to assemble an experienced team to work with the aircraft’s operator, Air Atlanta, in order to make the necessary arrangements for the 48 legs in 21 countries that the tour was to visit.
ACS was responsible for arranging flight permissions outside of Europe, for fuel and handling agents. At most airports, ACS had to deal with three separate companies – the cargo handlers for the 22 tonnes of stage equipment, VIP handling agents for the band and their supports, as well as regular check-in desks for anyone else who was on board.
ACS group commercial director Matt Purton observed: “We must have dealt with more than 100 different handling agents and 300 other suppliers over the course of the four months that we were involved in the tour.”

It was not all plane sailing. In Santiago di Chile, while the aircraft was being moved on the apron, it collided with its tug and sustained damage to two engines and the undercarriage (two ground handlers were also injured, who have now made a full recovery).
With the aircraft, known as ‘Ed Force One’, grounded, alternative arrangements had to be quickly made. Iron Maiden’s management, Air Atlanta, forwarder Rock-It Cargo and ACS all came together to make the necessary arrangements, including organising alternative charters to take the band to the next show in Argentina.
The 20+ tons of stage equipment was trucked over a difficult pass through the Andes Mountains over the border into Cordoba.
Meanwhile, two new engines, engineers, parts, cowlings and tools were flown in from Europe for the stricken 747.
“To take a band, road crew and production equipment in a B747 around the world and into territories not previously visited by the band was ground-breaking: nothing like this had ever been attempted by anybody before,” an ACS spokesperson said.
“ACS worked seamlessly with Iron Maiden’s tour management throughout, in order to meet the exacting needs of the tour logistics, concert schedule and the band and crew requirements.”

The Iron Maiden tour is continuing in Europe. It comes to an end in Germany on 4 August.