Broker and cargo carrier team up to support Solar Impulse 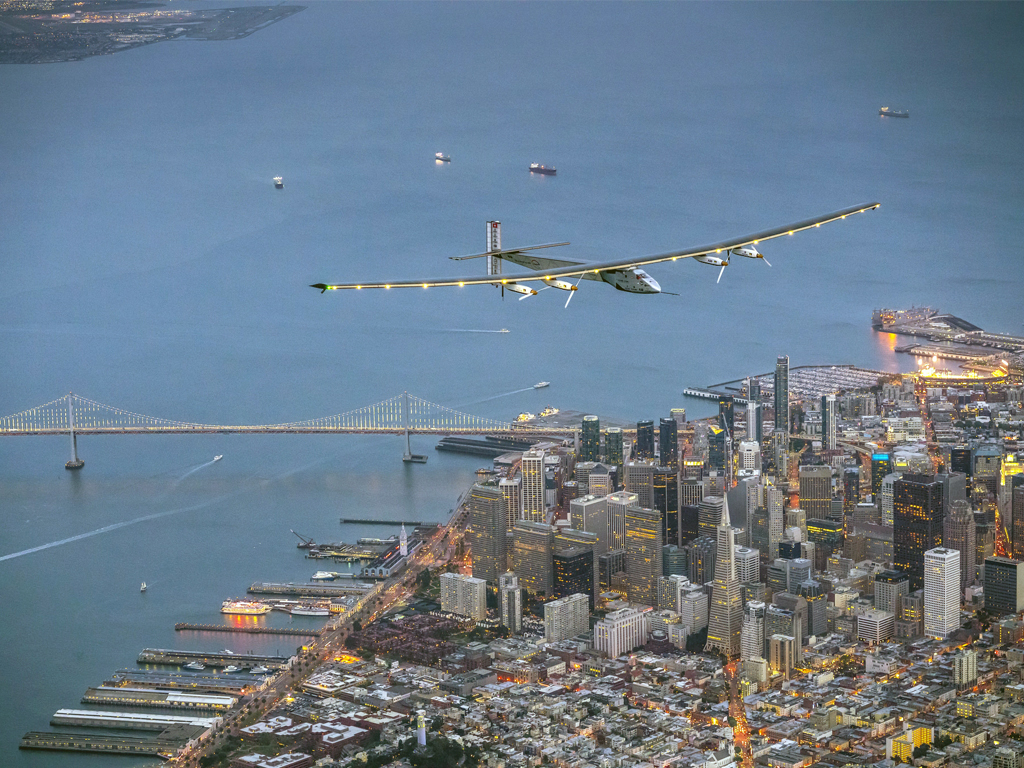 Globally active charter broker Chapman Freeborn and Volga-Dnepr, the Russian cargo charter carrier, have collaborated to provide logistics support for the round-the-world trip of Solar Impulse 2 (Si2), said to be the first aircraft able to fly day and night without fuel or polluting emissions.
Solar Impulse became the first solar-powered aircraft to circumnavigate the globe in an effort that began in March 2015 and was only completed at the end of July this year.
The aircraft landed back in Abu Dhabi on 26 July, having completed 23 days of flying and covered a total distance of 43,041km over the course of its 17-leg journey.
Chapman Freeborn chartered both cargo and passenger aircraft to transport spare parts and a mobile hangar, plus the project’s technical team.
Cargo capacity support was provided by a Volga-Dnepr Airlines IL-76TD-90VD; the Russian airline also supplied a smaller ATR-72.
Meanwhile, Chapman Freeborn’s Wings 24 in-house flight support team helped to manage the project’s operations, undertaking tasks such as securing flight permits and customs clearances, arranging ground handling and organising immigration arrangements.
Accompanying support aircraft were responsible for transporting over 25 tonnes of technical equipment as well as flying crew members and personnel throughout the mission.
“This required significant flexibility [on the part of] Volga-Dnepr,” a joint statement from the cargo carrier and Chapman Freeborn declared.
The airline ensured an IL-76TD-90VD was always on standby to support as required at short notice.
Pierre van der Stichele, cargo business development director at Chapman Freeborn, remarked: “The challenge for all innovators is doing things that have not been done before – so we’re extremely proud to have been involved in this aviation industry first.
“The project required all of our global charter market expertise as we were working around Si2’s changeable flight schedules – with support solutions required in Asia, North America, Europe, and North Africa.”
Georgy Sokolov, regional sales manager at Volga-Dnepr Airlines, added: “Volga-Dnepr Group is strongly committed to improving the environmental efficiency of its fleet and to embracing all levels of aviation innovation so it was a special pleasure for us to play a long-term role in the historic achievement of the Solar Impulse 2 team.
“This demanded a level of flexibility far beyond a usual charter operation as we had to be ready to mobilise our aircraft at extremely short notice.
“It was also appropriate that the modernised IL-76TD-90VD supporting Si2 features significantly improved operating efficiencies and lower emissions.
“As an industry, we must always be evaluating new technology that can make flying greener and more efficient and right now, in terms of showing what aviation may look like in the future, there is no better example than Solar Impulse 2.”
Solar Impulse 2 has a 72 metre wingspan (larger than that of the Boeing 747) but weight just 2.3 tonnes. A total of 17,248 solar cells built into the wing supply four electric motors with energy.
During daylight, the solar cells recharge lithium batteries, the latter then powering the aircraft through the night.
On the longest leg of the journey, that between Nagoya, Japan and Hawaii, the record for the longest uninterrupted journey in aviation history was set – the 8,924 kilometres required taking nearly 118 hours to cover.