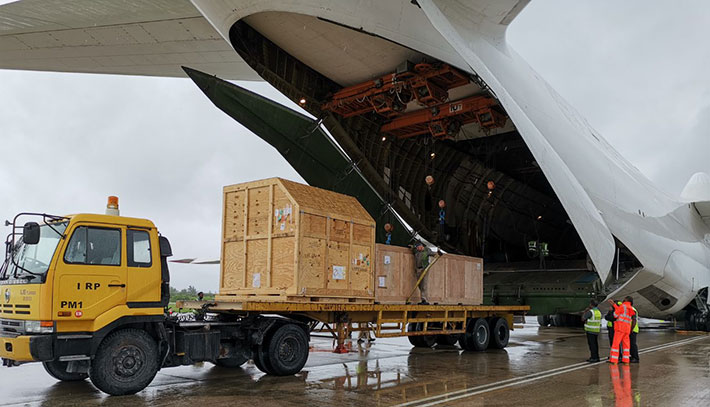 Chapman Freeborn recently transported an MRI machine from Dubai to a hospital in Addu Atoll, the Maldives. The shipment was carried out with a chartered Maximus Air freighter.

Before the arrival of the scanner, local patients needing MRIs had to fly 350 miles to the Maldivian capital of Malé.

The flight represented the first time that an AN-124 freighter had flown into Gan International Airport. The gateway had only completed a runway extension and other infrastructure upgrades in 2016.

According to Chapman Freeborn, “Use of the Maximus Antonov aircraft provided significant cost savings when compared with an alternative proposal calling for three separate flights using smaller Ilyushin IL-76 aircraft.”

In June, it was announced that aviation group Avia Solutions Group had entered into an agreement to acquire Chapman Freeborn.

The terms of the deal, signed on June 14, were not disclosed and the transaction is expected to close during the current (third) quarter of the year.

Avia Solutions Group is an international aerospace business group with 42 subsidiaries worldwide. Headquartered in Vilnius, Lithuania, the Group has representative offices in the US, the UK, Poland, Serbia, Estonia, Russia, Thailand and Indonesia.