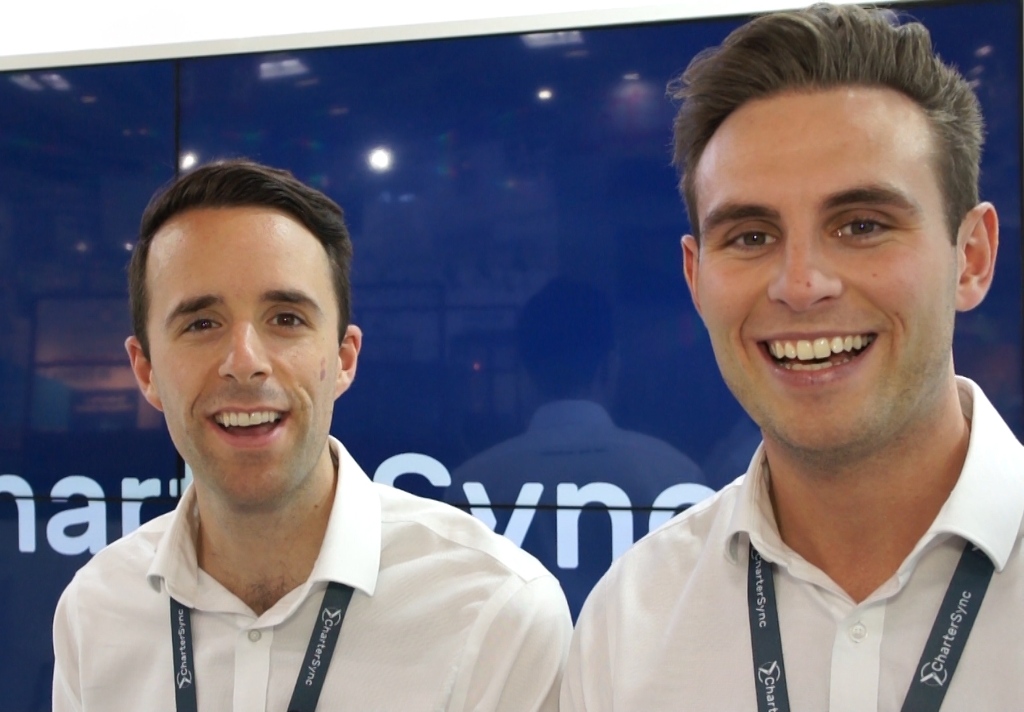 The last few years have seen several companies embrace the ‘disrupter’ tag as they bring digital solutions to the logistics market.

While many of those companies have failed to really make an impact on the industry, there are some that have got people talking.

One new company hoping to join the latter group is CharterSync – a digital platform targeting the go-now charter market, which covers urgent shipments that need to be moved as quickly as possible. This includes sectors such as automotive and just-in-time supply chains.

CharterSync digitally matches cargo loads to the most suitable aircraft in real time, with its developers hoping the portal will speed up the charter flight booking process.

Forwarders input their charter requests and then various algorithms will work out which aircraft are available to complete the flight, based on dimensions and payload, as well as information such as the size of the aircraft hold door and whether cargo can be stacked.

Cargo types
The platform handles a variety of cargo types, from a standard pallet, crate, skid or carry-on-box to dangerous goods and bespoke containers.

Once the forwarders have entered their information, operators with suitable aircraft receive a request and can then confirm availability for each charter.

Forwarders then receive live quotes on their personalised dashboard and can confirm the booking with one click.

CharterSync makes money by putting a fully-disclosed fee on each booking. The company claims that the system can generate charter options in less than three minutes from request to quote and that all relevant documentation can be uploaded and handled through the system.

CharterSync is the brainchild of Ed Gillett and Simon Watson, who met when training as pilots, and has been in the making for more than two years.

Gillett had previously worked at a leading charter brokerage and says he has experienced first-hand the inefficiencies of booking a charter flight.

“I explained to Simon that on a day-to-day basis we would call as many airlines as possible in the morning, create an Excel spreadsheet of where the aircraft are and then wait for a request to come in,” Gillett tells Air Cargo News.

“However, by the time the request came in, that data was historic because the aircraft would already be flying.

“In a time-critical environment, where every minute counts and you get a request from a leading freight forwarding company that wants an option quickly – within 10 minutes – it is physically not possible to pick up the phone and speak to all the airlines to try and find a suitable option for the request.”

However, coming up with an idea is one thing, but turning it into a working product is another challenge entirely.

Tracking the aircraft
Watson says the biggest issue the pair faced when developing the platform was how the system would keep track of aircraft as they moved around the globe.

Covering a global industry is another challenge, so CharterSync will start out catering solely for the European market.

“We work intra-European at the moment, which works really well with our model,” says Watson. “There are less permits and licences required, which helps the go-now sector.”

Gillett adds that the knowledge the two accrued as pilots played a key role in building the technology.

“We are sure that the flying know-ledge we have as pilots has helped us create the overall algorithms; knowing the flight trajectory of the aircraft, the performance of the aircraft, cruise speed – we take all of these things into account.

“It is great to have experience as a broker but having that pilot experience has helped us to form that total visibility throughout the supply chain.

“I wouldn’t have been able to pull this off as a charter broker alone. I wouldn’t have had that knowledge around the complexity of the flying, with the mass and balance.”

Overall, the two founders say that CharterSync aims to make the process of booking a charter flight quicker and more accessible for customers.

For this reason, CharterSync offers a mobile app – available for Apple and Android devices – so that it can be accessed in a variety of locations.

Having an app is particularly important given the variety of business types that will utilise CharterSync – from single-aircraft operators based out of an aircraft hangar to multinational forwarders with offices all over the globe.

Charter requests, meanwhile, are delivered to operators as text or WhatsApp messages, email or “however they want to work”, says Watson.

Vigorous validation
Before companies can access the web portal, they need to be validated by CharterSync, a “vigorous process” that involves AOCs and other documentation being checked to ensure the companies are reputable and have a good background.

Watson explains that CharterSync will only be as good as the operators in its system.

One of the criticisms often levelled at digital companies in the air cargo sector is that they lack the human touch and when things go wrong, there isn’t anyone to phone to help fix the issue.

However, Gillett and Watson say that CharterSync has an experienced operations team to help deal with customer requests.

Says Watson: “All of our operations team are on call 24/7 to help out with any issues that users may have.

“We want customers to have the full airline operations experience, so we are almost acting as an extension to the airline itself.

“If they have any queries about slots or flight plans, delays, or the freight forwarder has any questions, we will try to act in a supporting role.”

Gillett adds: “It is very important to get the correct level of automation. You can use technology and leverage that for speed, but ultimately there are so many variables with an aircraft charter and that is why we need to be there to add that human input as well.”

The platform also offers some flexibility – once the operators have made an informed decision on whether they can complete the flight, they can change and manipulate the route using the user interface and it will automatically update the flight plan.

Providing transparency
Another advantage of the platform is that it gives forwarders price transparency, something that is growing in importance, says Watson: “Our unique selling points are speed, transparency and cost.

“Transparency is key for forwarders at the moment. They work with shippers and end clients who want to know the actual cost price of the aircraft charter. We provide that information and then we put a fully disclosed booking fee on top.”

The platform was fully launched at the end of July and in its first week of trading the company completed 16 time-critical air charters. These bookings ranged from smaller Cessnas to Antonov An-12 aircraft capable of carrying 18 tonnes of freight.

The company also onboarded 15 time-critical air cargo operators over the course of the week.

While the technology is in its infancy, the dynamic duo are already looking ahead and believe that the transparency the system can deliver could open up potential new markets to the company. Watson explains: “In the cargo charter industry there are many different avenues we can go down and people have approached us and asked, ‘can it do this, can it do that?’

“When you look at the go-now market, speed is the number one requirement. But for the rest of the market cost, transparency and the ease of using the system and the tendering process are the key requirements, so things change slightly. But we’ve got a few ideas.”

Adds Gillett: “Transparency is this huge thing and ever increasing in importance in the industry. Everyone wants transparency through the various links in the process and forwarders are telling us that the shipper wants them to disclose everything.

“Ultimately, they can’t do that with the traditional set-up.”

Environmental issues
Gillett also adds that the environmental performance of supply chains is growing in importance.

CharterSync can help operators on this front, he says.

He explains that the live aircraft location data means that the aircraft closest to the origin can be utilised for the flight to help reduce emissions and wastage in the positioning flight, as well as speeding up the transport time and reducing costs through lower fuel consumption.

The platform will also identify airports close to the pickup point of the cargo and to the final destination to help reduce the emissions and cost of the trucking legs of the journey.

Gillett says CharterSync is also taking things a step further by actively encouraging operator fuel saving initiatives such as single engine taxi, constant descent approaches, and the use of biofuels.

“The airlines have been very receptive to this and actively want to make changes and improve,” he adds.

It is always hard to gauge how well received a start-up will be and there is an often-quoted statistic that around 50% of new businesses fail in the first five years.

Time will tell how successful CharterSync will be, but one thing that is certain is that Gillett and Watson clearly believe their platform will add transparency and speed up processes – two key areas that air cargo says it needs to enhance to meet changing customer requirements.