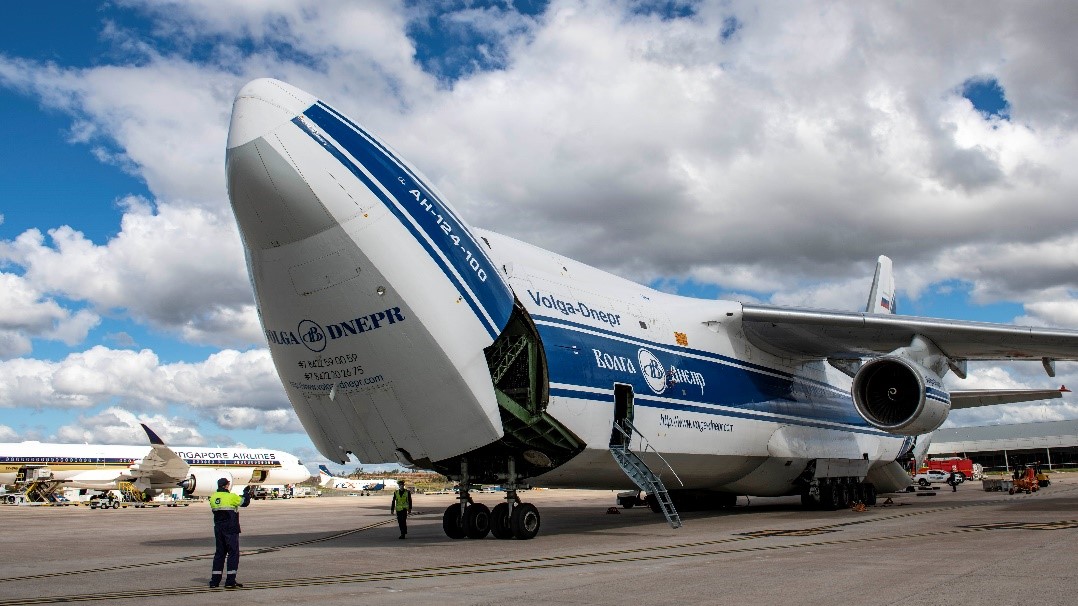 Chapman Freeborn Australia has chartered an Antonov AN-124 aircraft to transport four helicopters to Athens to support Greece’s fight against wildfires.

The flight marked the first time that four Bell 214B helicopters had ever been transported on a Volga-Dnepr AN-124 in a single operation.

It added that it is rare for AN-124 aircraft to be mobilised on such a compact timescale: “It usually takes approximately 10 days to prepare the aircraft and cargo for the flight, but in this instance, it was just 72 hours,” the company said.

“Within less than 24 hours of receiving the request, preparation had begun, and just two days after that loading commenced onto the AN124s at Wellcamp and Perth,” Chapman Freeborn said in a statement.

“Permits and documentations can take several days to receive, however thanks to the expertise and teamwork of everyone involved, the helicopters arrived at their destination in Athens less than one week after the initial request came in.”

Ekaterina Andreeva, commercial director at Volga-Dnepr Airlines, commented: “This is the first time in our 30 years of operations [that we have] transported four helicopters on a single occasion, with the loading being done in two steps. [The task] required exquisite workmanship of the loadmasters, technicians, and crew and is only achieved by accurate calculations, powered by experience and respective competence in helicopters’ transportations.

“Since 1990, Volga-Dnepr has accomplished deliveries of more than 40 types of helicopters for humanitarian missions, medical, firefighting, law enforcement, tourism, and other civil purposes, as well as for aerospace exhibitions and airshows, and they know the special transportation requirements of each of them.”

Wildfires have been spreading throughout the Euboea, Peloponnese and Attica regions of Greece — impacting 287,000 acres of land — since the start of August.