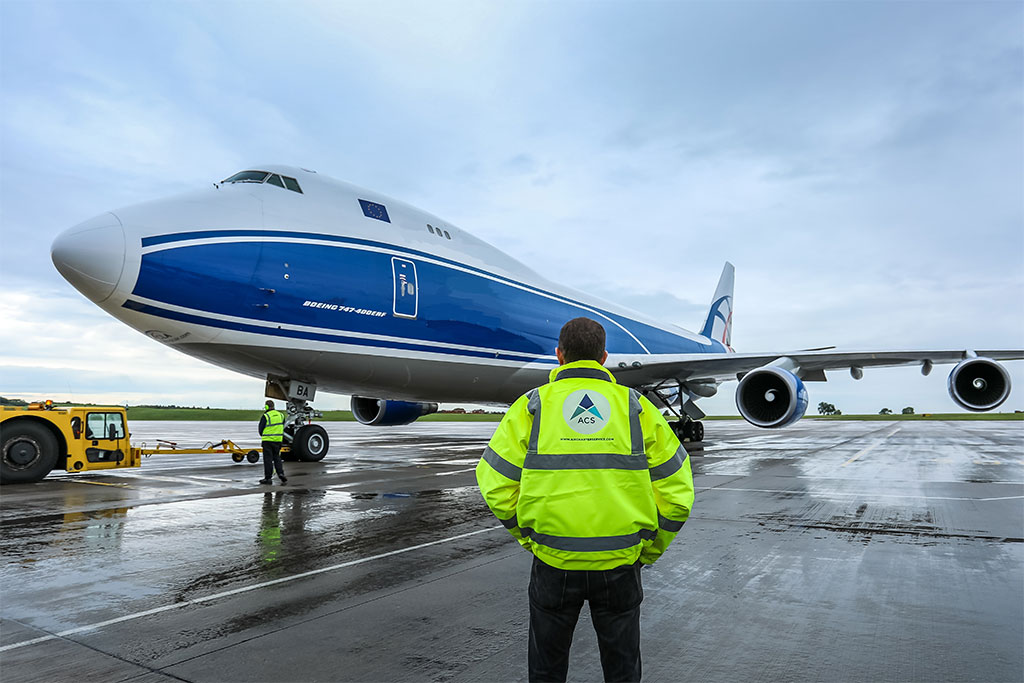 Cargo switching from sea to air and a continued lack of bellyhold capacity saw broker Air Charter Service (ACS) record the busiest ever quarter for its cargo division, with 1,445 cargo charters from August to October.

ACS said that the current supply chain disruption is curently showing no signs of slowing down.

Cargo’s strong performance, combined with its other divisions, resulted in the highest ever revenue for the company in one quarter, a total of £321.1m ($430m).

Said Dan Morgan-Evans, group cargo director at ACS: “Over the past three months we have had the busiest period in our history. On average the cargo division had one charter departing every 90 minutes over the course of each month.

“Manufacturers and retailers who have historically relied on shipping to move the bulk of their orders are now considering charters as the only solution to hit impending deadlines and, in particular, Christmas.

“The bulk of air cargo is traditionally carried in the belly of scheduled passenger airliners, but that network will not be up to its full capacity for some time yet, and now is the time to turn to charter.”

Morgan-Evans continued: “We also had some large humanitarian projects in the period, flying in shelter kits from the UK government and aid from other nations to Haiti following the devastating earthquake in the country.

“We arranged transportation of several hundred tons of relief goods, including medical kits and food supplies to Afghanistan following the troubles in the country in July and August. Our group charter division also helped to evacuate almost 25,000 people out of the region in that same period.

Chris Leach, ACS founder and chairman, said: “The incredible increase in revenue was, of course, in part due to the current supply chain crisis. Firstly, revenues have been increased due to demand becoming more long haul, on larger aircraft which, naturally, are more expensive.

“The majority of this demand has been from Asia, which has seen an especially significant reduction in belly capacity due to travel restrictions in the region, meaning charter options have also been extremely limited.

“Our speciality in finding these solutions, along with our strong presence in Asia, has meant that we have been able to find solutions that others simply haven’t.

Leach added: “On top of this we have seen some of the highest charter prices the industry has ever experienced – availability is currently so scarce that airlines’ rates have had to increase dramatically as the aircraft are positioning for the flights from further away, thus increasing the operating costs.

“Just last month we paid two million dollars for a trans-Pacific flight for the first time – it was on a Boeing B777, a flight that would normally cost less than 750,000 dollars.

“This period of disruption has lasted much longer than we, and everyone else, first forecast and it is currently showing no signs of slowing down. Our total revenue for this past quarter was more than our turnover was for the whole of 2015.”