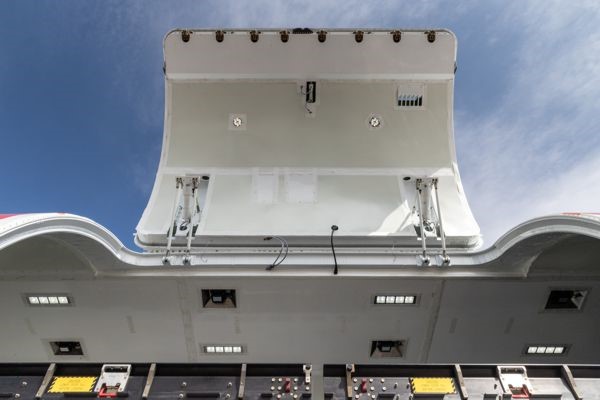 Passenger to freighter conversion specialist Aeronautical Engineers Inc. (AEI) has received a Federal Aviation Administration (FAA) Supplemental Type Certificate (STC) for the passenger-to-freighter conversion of B737-800 aircraft.
The prototype B737-800SF freighter conversion was completed in December, but experienced a delay in certification due to the partial US government shutdown in January this year.
“We believe the AEI B737-800SF will become the industry’s standard narrowbody freighter for the next 40 plus years,” said Robert Convey, AEI senior vice president sales and marketing.
“When compared to the B737-400SF, the B737-800SF has better fuel burn characteristics combined with a substantial increase in payload capability which will provide operators with improved operating economics.”
The conversion incorporates a reinforced floor structure, a large 86” x 137” Main Cargo Door with a single vent door system, and a flexible Ancra Cargo Loading System. Additionally, the AEI B737-800SF includes a rigid 9g barrier, up to five supernumerary seats, a galley and full lavatory.
The AEI converted B737-800SF freighter offers a main deck payload of up to 24 tonnes and incorporates eleven full height 88” x 125” container positions, plus an additional position for an AEP/AEH.
Convey added: “We are still experiencing significant demand for our industry leading B737-400SF freighter and expect the B737-800SF to gain in popularity over the next two years as feedstock prices drop and availability increases.
“But having already secured 111 firm orders and commitments for the B737-800SF, we believe this program will far exceed the success we have had with the B737-400SF program.”
The company is forecasting that 750 B737-800’s will be converted over the next 40 plus years, with AEI saying that it will capture over 400 of those conversions.