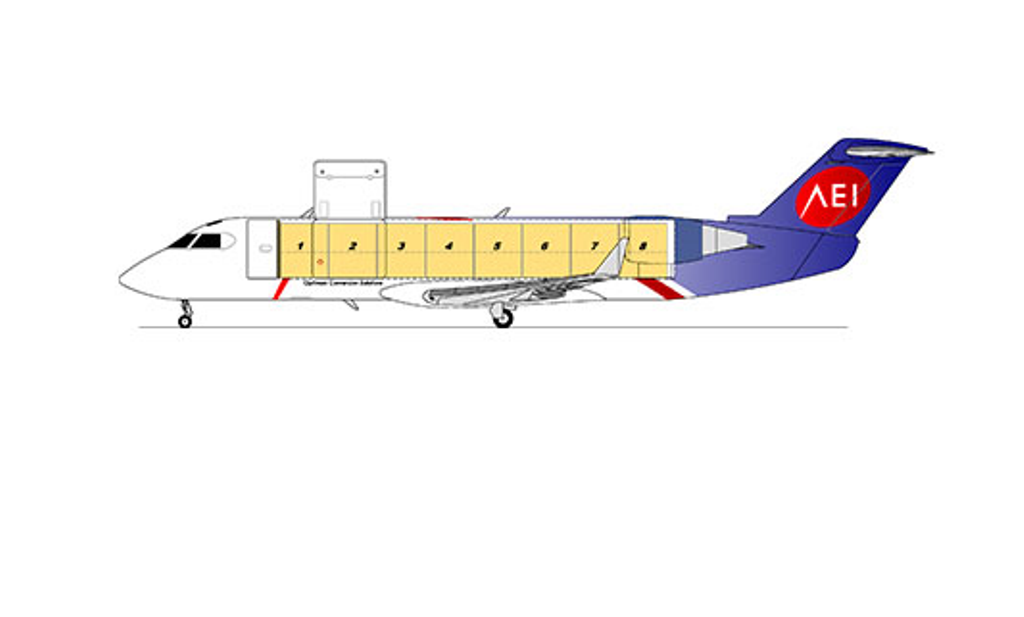 Aeronaves TSM has signed up for two CRJ200 SF freighter conversions from Aeronautical Engineers Inc (AEI).
The first CRJ200 will commence modification in the second quarter of this year with redelivery due in mid-2017 and the second conversion will get underway in July of 2017, with redelivery scheduled for October.
Both freighter conversions will take place at AEI’s Commercial Jet Dothan, Alabama facility, which is one of three authorized AEI conversion centres worldwide.
AEI said Aeronaves TSM was "a significant customer" as the company currently operates three AEI MD-80SF series freighters and will take delivery of an additional two AEI MD-80SF series freighters during the first quarter of 2017.

The AEI CRJ200 SF is capable of carrying up to eight containers or pallets.
In July last year, the Mexican airline placed an order for an MD-82SF freighter conversion from Aeronautical Engineers Inc (AEI) for its DHL operation.
According to its website, the airline operates a cargo fleet of 30 Metroliners, five CVLT 640s, six DC-9s and three MD-80s.