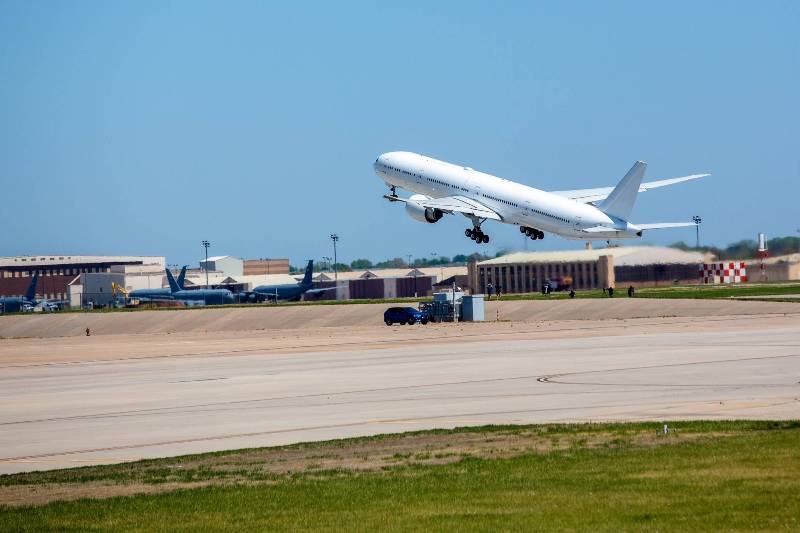 According to sister title FlightGlobal, Backbone has placed firm orders for three of the converted aircraft with delivery slated for 2024 and 2025, with options on a further seven of the aircraft, which would be delivered between 2025 and 2027.

KMC values the deal at $300m. The MRO is developing its 777-300ERCF converted freighter in partnership with maintenance and overhaul shop NIAR WERX – a division of Wichita State University’s National Institute for Aviation Research (NIAR).

KMC aims to complete preliminary design work by the end of the third quarter of 2022, to begin modifying the first aircraft in 2023.

The team is working to receive the project’s supplemental type certificate from the FAA in the second quarter of 2024.

Backbone is a “new venture… dedicated to triple-seven converted freighters on lease,” said Christian Mailly, managing director of DS Aviation, the aerospace business of Dr Peters Group. “We are already in discussion with a number of potential operators.”

Dr Peters Group is acting as “arranger” of Backbone, meaning it is lining up equity investors for the business, Mailly adds.

Backbone sees opportunity to acquire used 777-300s, and to find new homes for those jets as air freighters, he says.

The three-hour flight, piloted by NIAR WERX test pilots was conducted to capture data on the aircraft’s systems, which will be used to develop and certify the freighter modifications.

Subsequent flights will measure the effects of various flight maneuvers and landing loads, as well as other aircraft systems performance.

The conversion stands to compete with two other 777 passenger-to-cargo modification programmes: those of Israel Aerospace Industries and US firm Mammoth Freighters (see latest news on these programmes below).

IAI to convert B777-300s to freighters for EVA Air