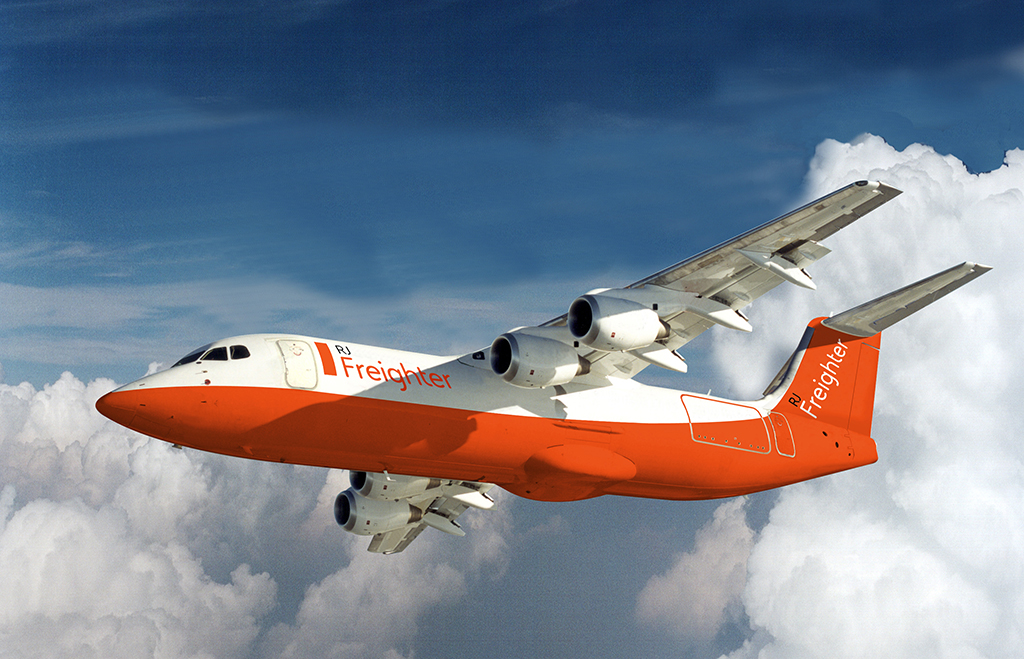 UK-based plane manufacturer BAE Systems has postponed plans for an Avro RJ100 freighter conversion programme.
In a statement, BAE Systems’ regional aircraft division said that the decision “has been taken for a variety of reasons, not the least of which is the decision by ASL Airlines Ireland to sell the eight BAe 146-300QT freighters that are currently operated by ASL Airlines Spain.”
In 2016, the planemaker began testing the market’s appetite for a 7-14 tonne capacity converted freighter with a range of 2,500 nautical miles (NM).
It was looking to develop a new lease of life for the out of production four-engine Avro RJ100 jet that can carry up to 100 passengers.
The plane is an airframe sibling ─ but with more fuel-efficient engines and higher payload ─ to the 146QT freighter family best known as torch-bearer for TNT’s European express freighter network in the 1990s.
Outlining the reasons behind the postponement, BAE Systems Regional Aircraft said: “The ASL 8 x BAe 146-300QT released to the market has had a significant impact on the Avro RJ100 freighter launch and hence the programme has been postponed until market conditions improve. Should they improve, the programme could be revived at some point in the future.
“The business has completed a lot of work on the concept which should put us in good stead should the programme be revived.
“There was some serious market interest; however we were not able to attract sufficient commitment to justify setting up a conversion production line which could generate the economies of scale required.”
BAE Systems Regional Aircraft division spent more than a year examining the market requirement for a passenger to freighter (P2F) conversion with seven standard pallets to fill the ‘capacity gap’ between an eight tonne payload turboprop and an 18 tonne Boeing 737 freighter.
The concept focused on inter-European operations, 1,200 miles, for example Madrid to Frankfurt, London to Glasgow, or London to Aberdeen, with a combined plane purchase and conversion cost of between $3.2m-$4.3m, compared with a B737 conversion cost alone of up to $5m.
BAE Systems had previously stated that it needed at least ten P2F orders before it could push the button on the conversion programme.